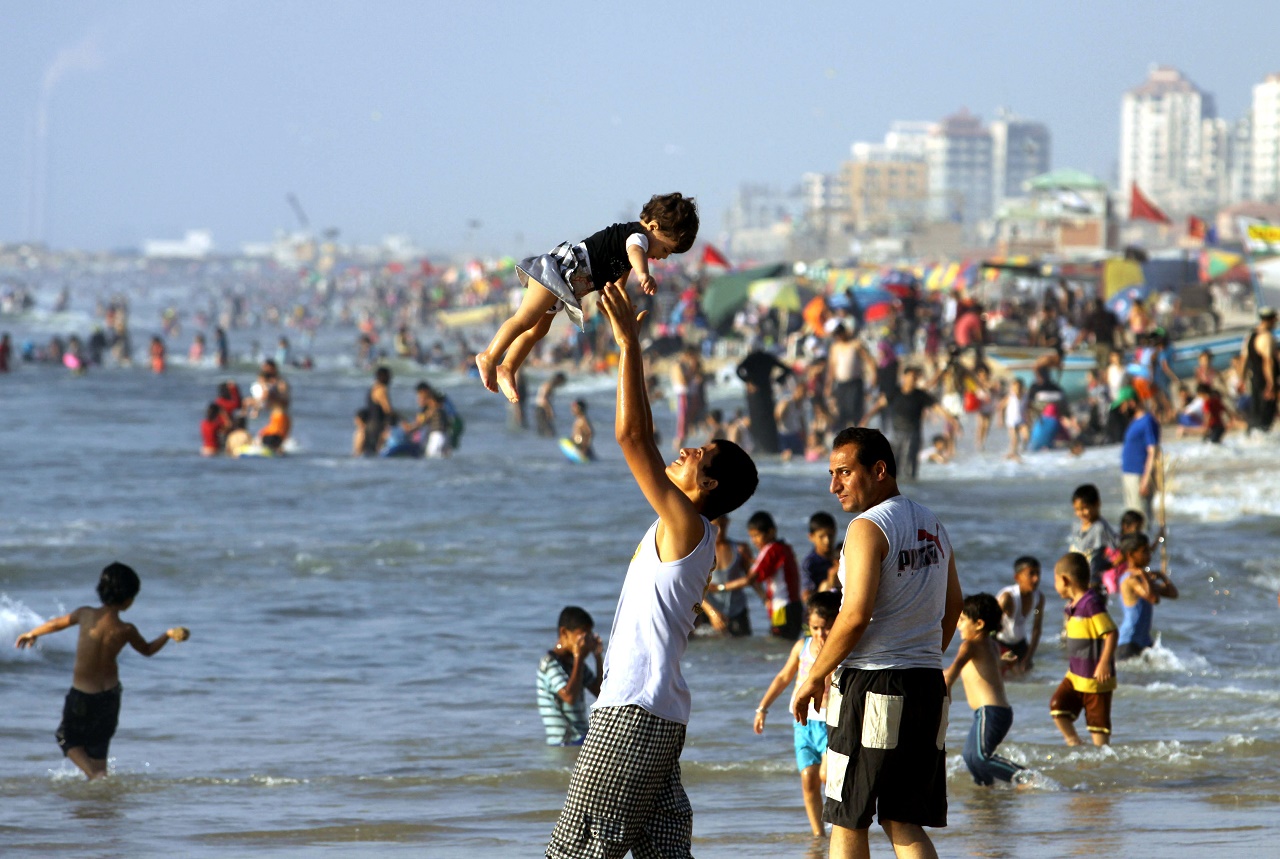 Getting pumped and pampered in hard-times Gaza

Sparkling Mediterranean beaches, expensive restaurants and state-of-the-art health clubs do not readily spring to mind when it comes to the Gaza Strip.

But with their borders tightly restricted by Israel and Egypt, Palestinians in an enclave known for economic hardship and war have no choice but to find some respite close to home.

A Palestinian man relaxes after having his body lathered with soap at As-Samra bath house in Gaza City July 11, 2016

Some leisure spots may be out of the financial reach of many of Gaza’s 1.9 million inhabitants, especially with unemployment at 42 percent. But the sea is free and thousands pack sandy beaches daily to escape the withering summer heat, erecting tents and preparing barbecues.

“We are fed up and this is the only place to entertain ourselves. Other places require money,” Ibrahim Shweideh, 26, who is unemployed.

In the evening, cafes are filled with men, many of them jobless, playing cards and drinking coffee and tea.

Those who can afford monthly membership fees ranging between 100 and 150 shekels (US$25 to US$40) can join a growing number of gyms and health clubs.

Body-building coach Hussam Hammada, who works at the Super Gym center, has noticed an uptick in customers since the 2014 war between Israel and Palestinian militants led by Hamas, Gaza’s ruling Islamist group.

“Reasons varied. Some people suffered from diabetes and high blood pressure and others – and they are the bigger number – wanted to shape up, keep fit or relieve their stress,” he said.

Gazans can also travel back in time for some leisure – to a Hammam, or bathhouse, believed to be more than 1,000 years old.

“The Hammam has become a prime historical place for people to visit, heal their pains, relax their muscles, improve their mood and socialize,” said Saleem Al-Wazeer, whose family has owned the bathhouse for over a century.

Several posh beachfront hotels and restaurants cater to Gaza’s middle and upper-class population, with some meals priced at up to 90 shekels (US$23). Some of the staff were trained in schools in Egypt.

Lights from coffee shops illuminate the coastal road in stark contrast to large parts of Gaza suffering lengthy daily blackouts resulting from fuel shortages at its one power plant.

Local residents say squabbles between Hamas and the Fatah movement of Palestinian President Mahmoud Abbas are responsible for the irregular supply. Both groups blame each other.

And for the jobless young men sitting in groups along the street or in public gardens, the good life is only a dream.

Israeli restrictions and the bitter rivalry between Hamas and Fatah all contribute to Gaza’s plight, said a 25-year-old man who gave his name only as Ashraf.

Three years after graduating from university with a degree in business administration, he is still unemployed.