Home » News » Around 50 wildfires on area of 6,500 hectares registered in Siberia 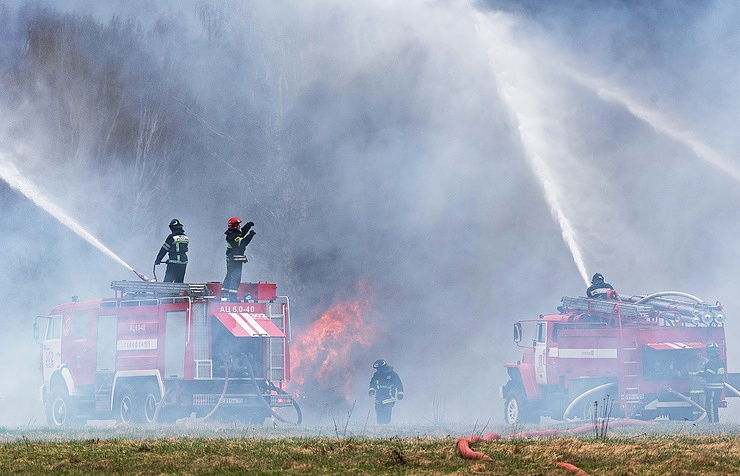 Around 50 wildfires on area of 6,500 hectares registered in Siberia

The area of wildfires in Siberia has grown from 4,700 to 6,500 hectares over the last 24 hours. A total of 47 forest blazes is currently active in the region.

Eleven wildfires were registered on the area of 1,900 hectares in Buryatia. “The existing wildfires spread on 1,200 hectares, the area of localized fires is 810 hectares,” the Republican Foresty Agency said noting that 419 people are extinguishing fire. “Additional forces of forestry protection service are sent to the Pribaikalsky District. Specialists are using all terrain vehicles to get there. It is also planned to send a group of smoke jumpers from the Zabaikalsky base of aerial forest protection there,” the agency’s press secretary Alexandra Yegorova said. The group will also be strengthened in the North Baikal district, she added.