Home » News » On this day in1794… Robespierre overthrown in France 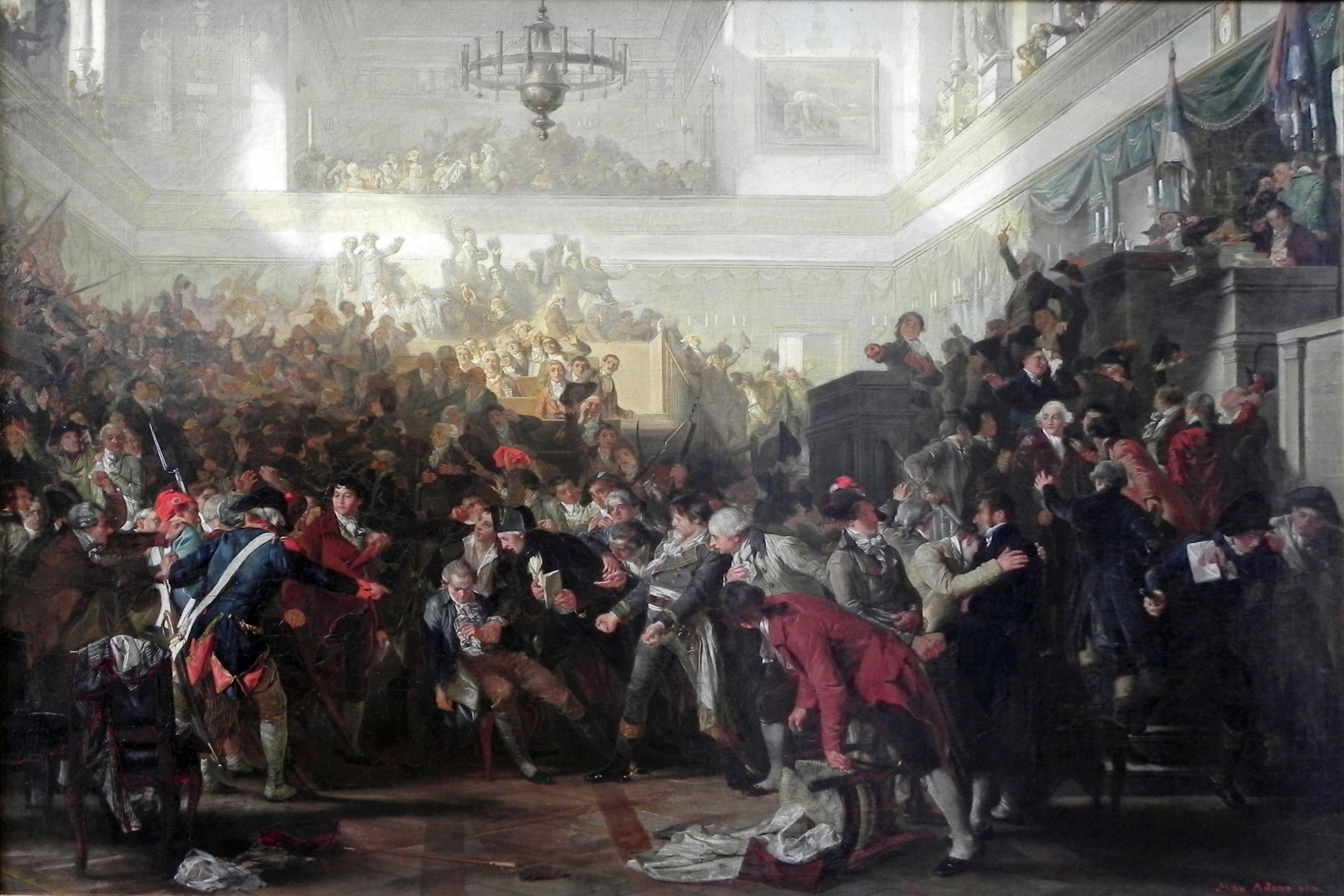 On this day in1794… Robespierre overthrown in France

Maximilien Robespierre, the architect of the French Revolution’s Reign of Terror, is overthrown and arrested by the National Convention. As the leading member of the Committee of Public Safety from 1793, Robespierre encouraged the execution, mostly by guillotine, of more than 17,000 enemies of the Revolution. The day after his arrest, Robespierre and 21 of his followers were guillotined before a cheering mob in the Place de la Revolution in Paris.

Maximilien Robespierre was born in Arras, France, in 1758. He studied law through a scholarship and in 1789 was elected to be a representative of the Arras commoners in the Estates General. After the Third Estate, which represented commoners and the lower clergy, declared itself the National Assembly, Robespierre became a prominent member of the Revolutionary body. He took a radical, democratic stance and was known as “the Incorruptible” for his dedication to civic morality. In April 1790, he presided over the Jacobins, a powerful political club that promoted the ideas of the French Revolution.

He called for King Louis XVI to be put on trial for treason and won many enemies, but the people of Paris consistently came to his defense. In 1791, he excluded himself from the new Legislative Assembly but continued to be politically active as a member of the Jacobin Club. In 1792, he opposed the war proposal of the Girondins–moderate leaders in the Legislative Assembly–and lost some popularity. However, after the people of Paris rose up against the king in August 1792, Robespierre was elected to the insurrectionary Commune of Paris. He then was elected to head the Paris delegation to the new National Convention.

In the National Convention, he emerged as the leader of the Mountain, as the Jacobin faction was known, and opposed the Girondins. In December 1792, he successfully argued in favor of Louis XVI’s execution, and in May 1793 he encouraged the people to rise up in insurrection over military defeats and a food shortage. The uprising gave him an opportunity to finally purge the Girondins.

On July 27, 1793, Robespierre was elected to the Committee of Public Safety, which was formed in April to protect France against its enemies, foreign and domestic, and to oversee the government. Under his leadership, the committee came to exercise virtual dictatorial control over the French government. Faced with the threat of civil war and foreign invasion, the Revolutionary government inaugurated the Reign of Terror in September. In less than a year, 300,000 suspected enemies of the Revolution were arrested; at least 10,000 died in prison, and 17,000 were officially executed, many by guillotine in the Place de la Revolution. In the orgy of bloodshed, Robespierre succeeded in purging many of his political opponents.

On June 4, 1794, Robespierre was almost unanimously elected president of the National Convention. Six days later, a law was passed that suspended a suspect’s right to public trial and to legal assistance. In just a month, 1,400 enemies of the Revolution were guillotined. The Terror was being escalated just when foreign invasion no longer threatened the republic, and an awkward coalition of the right and the left formed to oppose Robespierre and his followers.

On July 27, 1794 (9 Thermidor in the Revolutionary calendar), Robespierre and his allies were placed under arrest by the National Assembly. Robespierre was taken to the Luxembourg prison in Paris, but the warden refused to jail him, and he fled to the Hotel de Ville. Armed supporters arrived to aid him, but he refused to lead a new insurrection. When he received word that the National Convention had declared him an outlaw, he shot himself in the head but only succeeded in wounding his jaw. Shortly thereafter, troops of the National Convention attacked the Hotel de Ville and seized Robespierre and his allies. The next evening–July 28–Robespierre and 21 others were guillotined without a trial in the Place de la Revolution. During the next few days, another 82 Robespierre followers were executed. The Reign of Terror was at an end.

In the aftermath of the coup, the Committee of Public Safety lost its authority, the prisons were emptied, and the French Revolution became decidedly less radical. The Directory that followed saw a return to bourgeois values, corruption, and military failure. In 1799, the Directory was overthrown in a military coup led by Napoleon Bonaparte, who wielded dictatorial powers in France as first consul and, after 1804, as French emperor.