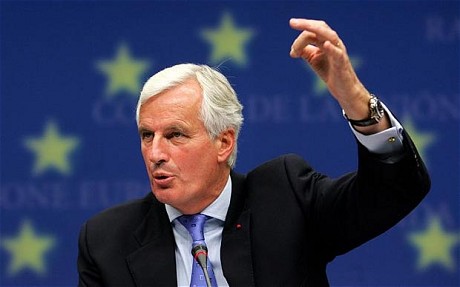 European Commission head Jean-Claude Juncker on Wednesday (Jul 27) appointed veteran French politician and former EU commissioner Michel Barnier to lead the negotiations with Britain on its exit from the bloc.

Britain’s Jun 23 vote to quit the 28-nation European Union shocked EU leaders who had bet on a vote to remain but they have since rallied, with France and the Commission leading demands that negotiations should begin as soon as possible.

“I am very glad that my friend Michel Barnier accepted this important and challenging task. I wanted an experienced politician for this difficult job,” Juncker said in a statement.

“I am sure that he will live up to this new challenge and help us to develop a new partnership with the United Kingdom” after it becomes the first country to leave the EU.

Barnier held the key financial services portfolio from 2010 to 2014, spearheading efforts to tame the eurozone debt crisis which nearly brought down the single currency project and put the banking system back on track.

He was also a key architect of the EU’s new banking union, whose creation often put him at loggerheads with the City of London.

He previously served as EU commissioner for regional policy and had stints as both French foreign and agriculture minister.

Barnier tweeted he was “honoured” by the appointment, which he will take up on Oct 1.

New British Prime Minister Theresa May has said London will not be rushed into launching talks and mostly likely will begin the negotiations early next year.

Juncker said Barnier was a “skilled negotiator with rich experience in major policy areas relevant to the negotiations (and) has an extensive network of contacts.”