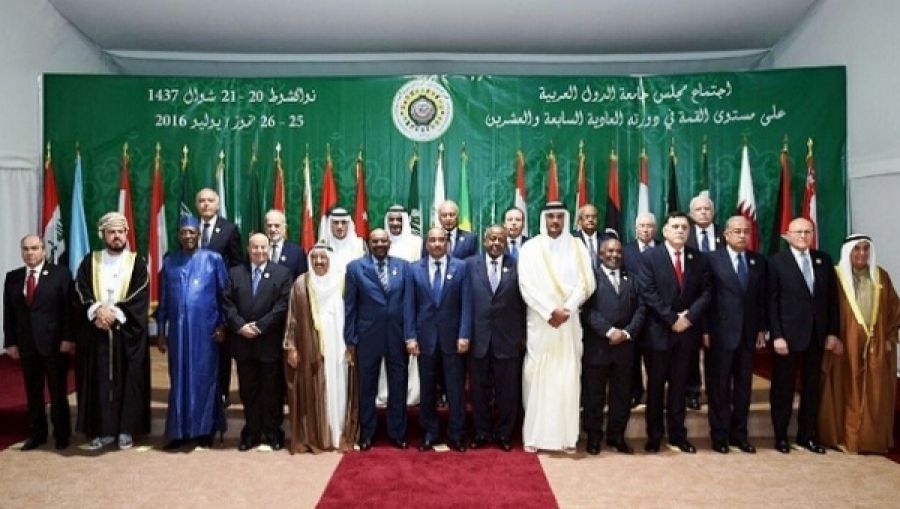 The Arab leaders on Monday stressed at the closing ceremony of the 27th Ordinary Session of the Arab Summit in the Mauritanian capital, Nouakchott, on the importance of reaching a political settlement of conflicts in some Arab countries, strengthening counterterrorism efforts and mechanisms and developing a joint Arab action in addition to supporting the Palestinian cause.

In the final communiqué of the “Summit of Hope” held Monday in Nouakchott, the participants underlined their “commitment to adopt the best practical means to deal with the threats and dangers to the Arab national security, through the development of mechanisms to fight against terrorism and the consolidation of security and peace in the Arab region.”

The Arab leaders have also emphasized the importance of the Palestinian cause within the Arab joint action, the support to the Palestinian people’s resistance against the Israeli occupation and the combined efforts for a comprehensive, just and lasting solution in accordance with the Arab Peace Initiative, the Madrid principles, the international law and UN relating decisions.

“The Declaration of Nouakchott” welcomed the French initiative calling for holding an international peace conference as a prelude to the halting of all Israeli settlement activities. This would “guarantee to the Palestinian people (within a specified period), to establish their Independent State with Al-Quds as capital.”

In this respect, an appeal was launched to the international community for “the implementation of international decisions aimed at ending the Israeli occupation, with its withdrawal from all occupied Arab territories, including the Syrian Golan Plateau and the occupied territories in southern Lebanon, based on the borders of 4 June 1967.”

On another fronts, the Arab leaders have called on the Libyan belligerents “to complete the State rebuilding process and to confront terrorist groups.” They have urged the parties in conflict in Yemen “to engage dialogue.”

They also expressed the wish to “see the conflicting parties in Syria reaching a political solution, based on the preservation of the unity and stability of Syria,

the dignity of its people,” reaffirming their “support for Iraq in preserving its unity, territorial integrity and the fight against terrorist groups, and to liberate its territories from the stranglehold of the self-proclaimed terrorist group “ISIS.”

The Arab Heads of State and Government expressed their support to Sudan in its efforts to restore peace and achieve development. They also encourage efforts for the revival of Sudan initiative on the Arab food security, as one of the pillars of the Arab security.

The Communiqué underlined the willingness of the Arab leaders “to promote the mechanisms of joint Arab action, entrust the inter-Arab bodies with development of systems and modes of action, accelerate the implementation of inter-complementarity projects, expand investment opportunities between the Arab countries, find aid mechanisms to the least developed Arab countries and upgrade their economies. ”

The stake is also to orient the Arab investments towards the public and private sectors for boosting the SMEs created by young people and promoting the green economy to achieve sustainable development and reduce environmental risks, according to findings of the latest Paris summit on environmental risks.

The final communiqué called for the promotion of cooperation and partnership between emerging countries, regional and international groups and organizations. Besides, they stressed the “extremely important” Africa-Arab world cooperation for establishing profitable partnerships for all.

The 4th Africa-Arab Summit will be held in Malabo (Equatorial Guinea), in next November.