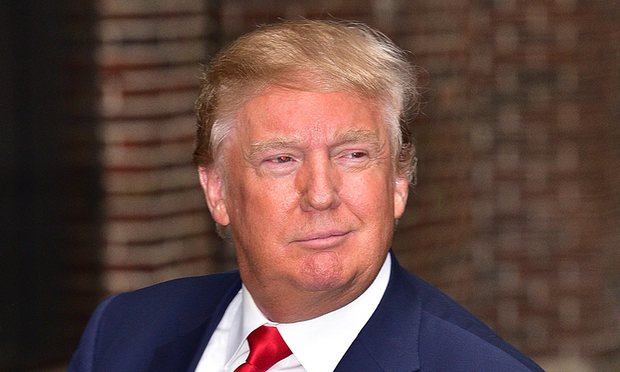 Trump says he would consider alliance with Russia over Islamic State

Republican nominee Donald Trump said on July 25 that if elected U.S. president he would weigh an alliance with Russia against Islamic State militants but rejected any suggestion Russian President Vladimir Putin might be trying to help him win, reports Reuters.

Speaking at a rally in Winston-Salem, North Carolina, Trump dismissed any suggestion that Putin’s intelligence services might have had a hand in hacking the Democratic National Committee’s email system.

Emails leaked last week disclosed that some party officials had been in favor of former Secretary of State Hillary Clinton winning the Democratic presidential nomination over U.S. Senator Bernie Sanders and sought ways to thwart Sanders.

The uproar over the WikiLeaks revelations prompted Debbie Wasserman Schultz to resign as DNC chairwoman, and Trump eagerly injected himself into the controversy.

Trump dismissed a charge from Clinton campaign manager Robby Mook that Russian hackers might have stolen the emails and leaked them to embarrass Democrats and help Trump defeat Clinton in the Nov. 8 election.

“I don’t think it’s coincidental that these emails were released on the eve of our convention here, and I think that’s disturbing,” Mook told CNN’s “State of the Union.”

Trump dismissed what he called “one of the weirdest conspiracy theories” he said he had heard.

He said he had never met Putin. But over the course of his year-long campaign, Trump has praised the Russian leader and one of his top foreign policy advisers, retired Lieutenant General Michael Flynn, had dinner with Putin last December.