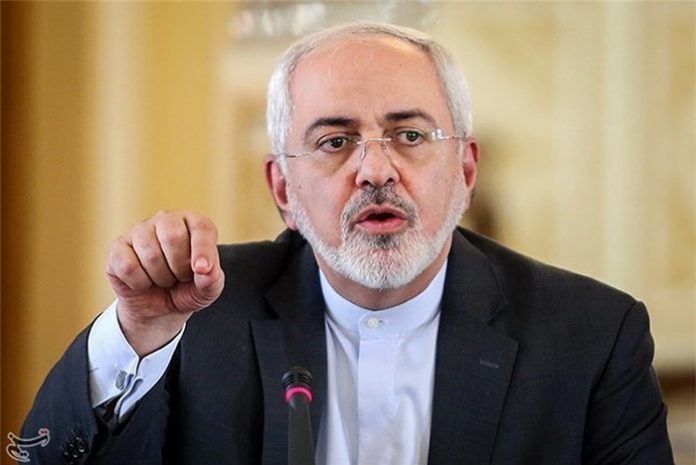 Speaking to a group of Iranian expatriates in the Ghanaian capital city of Accra on Monday (July 25) evening, Zarif said Tel Aviv and Riyadh, “two like-minded regimes,” are investing heavily in Iranophobia to draw attention away from their crimes and their collaborations.

“It is obvious that the cooperation of the Zionist regime [Israel] and the Saudi regime, which are two like-minded and congruent regimes, has today become known and can no more be concealed,” Zarif said.

He said the two regimes are concerned about their collaboration having become publicly known and are thus “investing further in Iranophobia” as a means of distraction.

He said, however, that, “The world today has waken up to the fact that the danger of Wahhabism is the real threat.”

According to Press TV, Wahhabism is an extreme ideological strand openly preached by Saudi Arabian clerics, who have the blessing of ruling Saudi authorities. It is the main ideological feature of Takfiri terrorist groups — particularly the ISIS — which declare people of other faiths and beliefs as “infidels” and, based on “decrees” from clerics, rule that they should be killed.

An Iranian cleric in Accra, on behalf of the Iranian expatriates in the African country, gave a letter of appreciation to Zarif and praised his efforts at the Foreign Ministry.

Zarif is in Ghana on the second leg of a four-nation African tour.

According to a report by IRNA, as translated by IFP, Zarif is scheduled to meet with Ghanaian President, Parliament Speaker, and Foreign Minister on Tuesday, July 26.

Iran’s top diplomat was in Nigeria before arriving in Ghana and will be traveling to Guinea-Conakry and Mali on the third and fourth legs of his tour.