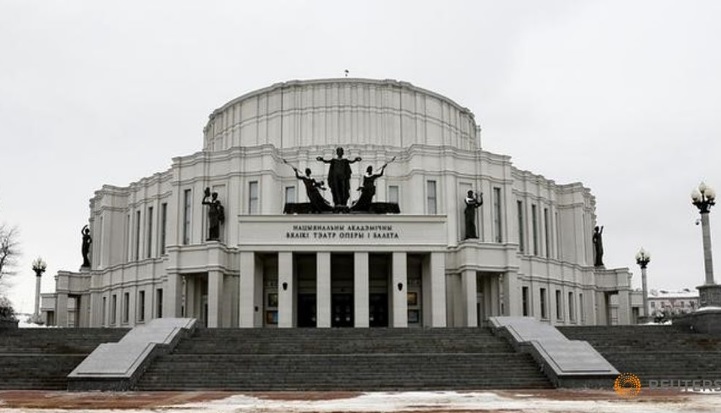 At the height of the Cold War, dancers from Russia’s Bolshoi Ballet did their bit to thaw East-West relations, flying to London in 1956 to make their first performances for British audiences who had never seen anything quite like it.

This week, they return to mark the 60th anniversary of an event that was a triumph of art over geopolitics in a year when Britain was rocked by the Suez crisis and the Soviet Union invaded Hungary.

“The whole thing began very strangely,” said Marina Kondratyeva, recalling her journey to Britain as one of the ballerinas on the historic trip.

“Our plane was diverted to a different airport (an air force base outside London) and they said that 26 blonde spies had landed, and that was what all the press reported,” Kondratyeva told Reuters during rehearsals in Moscow where, as coach, she was putting the principal dancers through their paces.

In a year in which British spies Guy Burgess and Donald Maclean resurfaced in the Soviet Union after five years on the run, the distrust between London and Moscow was so great that until the last minute, there was always a chance the concerts would be cancelled.

Despite that, British journalist Clement Crisp remembers people queuing for tickets around the clock for days, enduring the British summer rain day and night to get a chance to see the legendary dance company perform on British soil.

The star attraction was prima ballerina Galina Ulanova, who wowed Covent Garden with her “Romeo and Juliet” at the age of 46. “The leading dancer of our troupe … made an incredible impression on London audiences,” said Kondratyeva.

Crisp, now ballet critic for the Financial Times, met Ulanova some years later and she told him the dancers were initially concerned about the audience’s subdued reaction.

“‘You know what’s so strange. The audience was so quiet during the first act,'” he recalls her saying.

The answer? “Because we were in rapture, we were sitting there drinking it all in,” Crisp said. “But of course at the end of the evening there was 45 minutes of applause. It went on and on and on …”

Although the Iron Curtain is long gone, relations between Russia and Britain are far from smooth, something that the Bolshoi could still do its bit to help, the company Ballet Director Makhar Vaziev said.

“I think that touring, not only by the Bolshoi Ballet but in general by talented Russian artists, of course might have an impact on people’s perceptions and their attitude towards us. But I always say: ‘Why are you afraid of us? Explain.’”