Home » Environment and society » Syrians in Lebanon hit by arrests, curfews and hostility after bombings 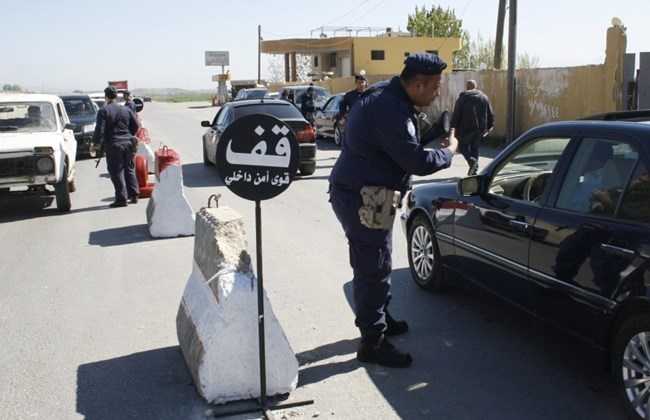 Syrians in Lebanon hit by arrests, curfews and hostility after bombings

The security measures are making it harder for Syrians, who already fear arbitrary arrest, to move around or work, according to refugees and rights activists. Some also feel increasing hostility being directed at them from the general population in some areas, they added.

“We’re scared,” said one refugee in a camp in the Bekaa valley, asking not to be named. “There was a big raid at dawn a few days ago. (The army) came in, hit people and arrested people with no papers, or expired papers.

“If anyone tried to run away they would fire in the air.”

Lebanon, a country with a long history of sectarian strife, has been strained by the five-year-old civil war next door and hosts more than a million Syrian refugees, who make up about a quarter of its population.

It has been repeatedly hit by security incidents linked the Syrian conflict, including Sunni militant attacks. Powerful Lebanese Shi’ite Muslim movement Hezbollah is fighting in Syria in support of President Bashar al-Assad.

In the latest attack, on June 27, eight suicide bombers blew themselves up in the Lebanese Christian village of Qaa near the Syrian border, killing five people.

Authorities have made no direct links between the militant attacks and the mainly Sunni Syrian refugee population. They said they believed Islamic State was responsible for the Qaa bombings, and that the attackers came from inside Syria, rather than from refugee camps.

Security raids in response to the Qaa bombings mainly targeted refugee camps, including the one in the Bekaa valley. More than 700 Syrians were arrested in a week, many for having expired residency papers or no proof of legal stay. Some 450 of those are still detained, security sources say.

The crackdown has frightened refugees, many of whom already avoid straying from their dwellings fearing arrest at checkpoints. Many are illegally staying in Lebanon because they cannot afford a US$200 annual residency fee, even if they are registered with the U.N. refugee agency.

Some politicians’ concerns over the refugees stem from Lebanon’s experience with Palestinian camps set up after the creation of Israel. Some of those became bases for armed groups, who were blamed for playing a role in triggering Lebanon’s own 1975-1990 civil war.

They also fret about the impact of refugees on the delicate sectarian balance in Lebanon, where power is divided between Christians, Shi’ites, Sunnis and other groups.

At the same time, many local municipalities have imposed night-time curfews on Syrians.

“The noose has tightened around us after the attacks in Qaa,” said 25-year-old Syrian Rabie, who lives in a town outside Beirut.

“I want to be able to leave the house at night but I can’t because the town hall imposed a curfew,” he said, speaking at an anti-racism march in support of refugees in the capital.

The curfews have made it hard for Syrians who work night shifts to get to their jobs, he said.

“Last night my brother-in-law went to get his son some medicine for a fever. He was stopped and told he wasn’t allowed to be out,” Rabie said.

Police confiscated ID cards belonging to Rabie and friends as they gathered at home late one night this week, he added.

In Marjayoun in southern Lebanon, the curfew runs from 7 p.m. to 7 a.m. “We’ve made a decision to prevent foreigners from being out” during that time, deputy municipality head Sari Gholamia said.

“The most important thing is to strengthen monitoring of what’s happening in the town and to inform the authorities of anything suspicious.”

Two senior aid workers, who asked not to be named because of the sensitivity of the topic, told Reuters the curfews were illegal. Municipalities do not have authority to impose curfews, and the government and military can only do so after declaring a military zone or state of emergency, they said.

He said municipalities had a key role in “preventing security breaches” and should “stop any gatherings or camps of Syrian refugees”.

Bassil has vocally opposed what he says is an international plan to resettle Syrian refugees permanently in Lebanon – something which the United Nations has denied.

Rights groups have expressed concern about the crackdown and anti-Syrian sentiment.

“There have been lots of arrests and lots of beatings, unfortunately many of them have been tolerated by local leadership or even by municipal police … and justified within the current security situation,” said George Ghali of Lebanese rights group ALEF.

“What is concerning for us is not just retaliatory arrests but general xenophobia,” he said.

A number of attacks against Syrians have been reported by local media in recent weeks, including the beating of several men in a Christian village north of Beirut, two separate stabbings elsewhere and a fatal shooting in the Bekaa valley.

Anonymous leaflets circulated in one area of the Bekaa valley threatened Syrians with rape or murder if they failed to leave within 48 hours. The local municipality condemned the leaflet.

In the current climate many Syrians are too afraid to speak out about any abuses, a rights activist said.

“This has been happening for a while but no one has wanted to talk about it,” Ashraf Alhafny said. “Every year it’s the same – it gets worse, people are frightened to talk, and so the issue goes away.”