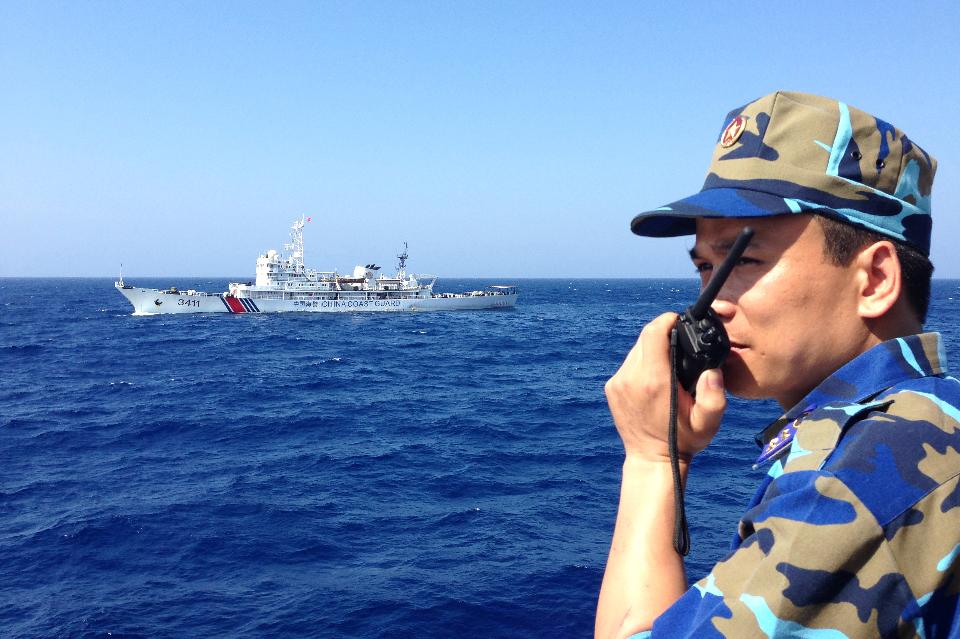 History has proven that Taiping Island in the South China Sea is an island not a “rock,” but the flawed verdict reached by the arbitral tribunal on July 12 has flown in the face of both objective historical reality and the international law by negating its status as an island. This conclusion has brought the ruling notoriety.

The very fact that Chinese people have been living and working on it proves beyond doubt that Taiping Island, as the largest island among the Nansha Islands, is indeed an “island” completely capable of supporting human habitation and its own economic activity.

Throughout history, Chinese fishermen have resided on Taiping Island. Their lives on the island are recorded in the Genglu Bu, also known as the Manual of Sea Routes.

Written by Chinese fishermen more than 600 years ago, the book not only records the terrain and waters of the islands in the South China Sea, but also names the islands, marks their locations and identifies reefs, shipping lanes and fisheries. The book has been passed down from generation to generation among Chinese fishermen.

In March 1947, China established an administration office for the Nansha Islands on Taiping Island affiliated to Guangdong Province. That same year, China began to collect and provide weather information after it set up meteorological and broadcasting stations there.

Besides historical documents from China, many Western documents, including the 1868 and 1923 editions of the China Sea Directory published by order of the Lords Commissioners of the Admiralty of the UK, also chronicle the lives of Chinese people living and working on the island. French magazine Le Monde Colonial Illustré published in September 1933 also contains records concerning the island.

Jia Yu, a vice director at the State Oceanic Administration’s China Institute for Marine Affairs, told the People’s Daily that the ad hoc tribunal set the requirements for the entitlement to an exclusive economic zone or a continental shelf as “the objective capacity of a feature, in its natural condition, to sustain either a stable community of people or economic activity that is not dependent on outside resources or purely extractive in nature.”

Jia pointed out that this misinterprets the provisions set out in the United Nations Convention on the Law of the Sea (UNCLOS), adding that this arbitrary and harsh definition is by no means backed by previous practices. “There are no such precedents in either international law or arbitral institutions,” he said.

Jia stressed that it is absurd to “downgrade” the biggest island among the Nansha Islands as a “rock,” and that the tribunal’s verdict concerning the legal status of the islands and reefs in the Nansha Islands is based on in-house standards created to reach a pre-determined conclusion.

The “Amicus Curiae” document submitted by the Chinese (Taiwan) Society of International Law in March also provided evidence of Chinese habitation in the South China Sea throughout history.

The abundance of fresh water, soil, plants, species, agricultural production and economic activities, as well as dozens of other evidence proves that Taiping Island is entitled to territorial waters, an exclusive economic zone and a continental shelf under UNCLOS.

Prestigious international experts, scholars and media outlets have come to agree with China’s position after visiting Taiping Island themselves.

Turning a blind eye to the facts, legal basis, objective evidence, precedent and international laws, the verdict has declared war on justice and fairness, the principles honored by the rule of law.

Huang Wei, a fellow researcher at the Collaborative Innovation Center for Territorial Sovereignty and Maritime Rights, told the People’s Daily that besides the fact the tribunal has absolutely no jurisdiction over the legal status of Taiping Island, its verdict will not stand up to scrutiny when it comes to factual information and applying legal provisions and evidence.

He pointed out that the flawed ruling will exert a negative impact on international practice, international law and arbitration rulings in the long run, severely undermine international maritime law and most likely destabilize regional peace and stability by igniting regional conflict.

Huang illustrated that in today’s world, there are a spate of island countries that are small in territory. They usually also have insufficient resources to independently sustain the lives and economic demands of their people.

“If the logic of the tribunal was applied, these countries would also be ‘rocks’ that have no entitlement to a 200-nautical-mile exclusive economic zone or a continental shelf,” he noted.

What’s more, the international community has through long-term practice tacitly admitted that some features that do not meet the tribunal’s definition of an island are still entitled to an exclusive economic zone and a continental shelf. If other stakeholders launch new objections by applying the so-called definition set by the tribunal, new conflicts are bound to occur.

Commenting that the conclusions reached by the tribunal concerning the status of islands and reefs as ill-founded and ridiculous, Professor Surachai Sirikrai from Thammasat University in Thailand said that it is hard to believe that with its ample fresh water the largest island in the South China Sea “cannot sustain human habitation.”

The farce started by the Philippines runs counter to UNCLOS and sets a bad example for the world, he added.

The facts show that Taiping Island meets all the requirements stipulated in Article 121 of the UNCLOS to define it as an island. Therefore, any political forces attempting to deny these facts concerning the island are bound to fail.

The Philippines’ attempt to define Taiping Island as a “rock” shows that the reason it initiated the arbitration is to deny China’s sovereignty over the Nansha Islands and its relevant maritime rights and interests. However, such an act only strengthens China’s determination and resolution to safeguard its legitimate rights and interests. Taiping Island’s legal status and maritime rights will never be degraded.