Home » Politics » Israel is a ‘major cause’ of Isis and Islamist terrorism, Lib Dem peer claims 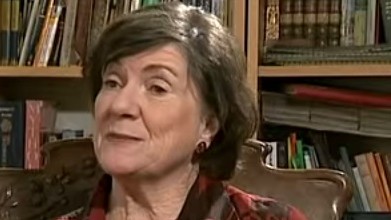 Israel is a ‘major cause’ of Isis and Islamist terrorism, Lib Dem peer claims

Israel’s treatment of Palestinians is a “major cause” of the rise of Islamist terrorism and Isis, a Liberal Democrat peer has claimed.

Speaking in a House of Lords debate on the living conditions of Palestinian children, Baroness Tonge said Israel was “creating a generation of terrorists who will have a justified grudge against Israel and the countries who support her”.

The Campaign Against Antisemtism called for her to be expelled from the Lib Dems, accusing her of “effectively justifying” terrorism.

After discussing the alleged shooting of Palestinian children by Israeli soldiers, Baroness Tonge said: “I assure noble Lords that the great danger for Israel is that by treating children in this way, she is creating a generation of terrorists who will have a justified grudge against Israel and the countries who support her – beware. This cannot be allowed to go on.

“The treatment of the Palestinians by Israel is a major cause of the rise of extreme Islamism and Daesh [Isis].”

Earlier in her speech, she rejected claims the children are told to throw sticks and stones by the Palestinian Authority.

“The children of Palestine do not need to be told to react against what is happening to them,” she said.

“All around them they see cruel and humiliating treatment of their parents at the checkpoints. They experience poverty and a shortage of food.

“Added to this are house demolitions, families being made homeless, incursions into schools, and damage to playgrounds and open spaces – and I have not even mentioned Gaza yet.”

Her comments led to calls for her to be expelled from the Lib Dems and parliament by Jonathan Sacerdoti, of the Campaign Against Antisemtism.

“Baroness Tonge has yet again offended Jewish Britons,” he said.

“Having previously suggested an investigation into supposed Israeli organ harvesting which is the modern-day incarnation of the mediaeval antisemitic blood libel, she is now suggesting that British Jews are the ones with unacceptable opinions on Israel.

“Dictating to Jews what their relationship should be with the Jewish state of Israel is unacceptable.

“By suggesting there would be Palestinian terrorists ‘with a justified grudge’ against Israel, she is effectively justifying the terrorism that is aimed at Jewish people in Israel and around the world by Hamas and other terrorist organisations.

“We cannot expect her to apologise, as she means it, and has a long history of antisemitism which has seen her forced to resign from the Parliamentary Liberal Democrat Party.

“It is now time for her to be expelled from the Liberal Democrat Party entirely, and from the House of Lords.”