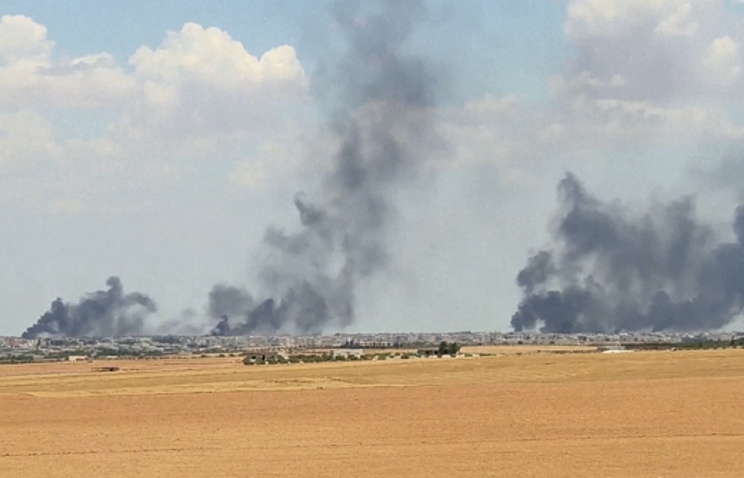 Reports about dozens of civilians killed in airstrikes at the Syrian town of Manbij by the US-led coalition should be investigated, Russian Foreign Ministry’s official spokeswoman Maria Zakharova said on Thursday (July 21).

“Especially concerning are reports that dozens of people, including children, were killed and injured in (US-led) coalition’s airstrikes at the town of Manbij,” Zakharova said adding that “this is horrible news.”

“These reports should be investigated, and their findings should be made public. If these horrible facts are confirmed, relevant conclusions should be made and necessary measures should be taken to prevent it from happening in the future,” she added.

The Syrian Foreign Ministry called on the international community on Wednesday to condemn “the bloodbath in the village of Tuhar in the north of Manbij were at least 120 local residents were killed, most of them children, women and elders.” The foreign ministry added that airstrikes at Tuhar were delivered on July 19 by French Air Force aircraft which is part of the US-led anti-terrorist coalition.

Syria terrorists move forces to the area around Palmyra

The spokeswoman stressed that the situation in Syria remained tense and, terrorists did not abandon their attempts to change the situation around Palmyra.

“The military-political situation in Syria continues to remain tense,” Zakharova said. “Terrorists do not abandon their attempts to change the situation around Palmyra, move their forces and equipment there,” she added.

According to Zakharova, Russia-US-UN talks on Syria will be held next week in Geneva.

“We are preparing for participating in the high-level meeting in Russia-US-UN format in Geneva next week,” Zakharova said. “As soon as the date is coordinated, we will announce it,” she added.

The military-political situation in Syria remains tense, she continued. “Clashes of various intensity between government forces and terrorist groups continue near Aleppo. Terrorists do not abandon their attempts to change the situation around Palmyra, move their forces and equipment there,” the diplomat noted.

“According to the center for reconciling the sides at the Russian airbase Hmeymim, the number of settlements that support local ceasefire in the country is growing with participation of Russian servicemen,” Zakharova noted said adding that “there are already 191 such settlements.”

“Against this backdrop, Russian-US talks that were held on July 14-15 in Moscow are very important. One of the key topics on the agenda was precisely the settlement of the Syrian conflict,” she continued.

Zakharova reminded that at talks with US State Secretary John Kerry, the Russian side “noted the importance of active steps on boosting coordination of efforts in the fight against terrorism on a universal basis, without any double standards.”

“The threat of a massive spill of terrorist activities over Middle Eastern borders is becoming more and more real,” Zakharova said. “We think that strict adherence to Russian-US agreements reached in Moscow (during Kerry’s visit on July 14-15) on joint efforts of Russia and US in the fight against ISIL and Jebhat al-Nusra (terrorist organizations banned in Russia) and in strengthening the regime of cessation of hostilities in Syria, should improve the situation in the region,” she added.

“We hope that US will fulfill their commitments on ensuring disengagement between moderate opposition and Jebhat al-Nusra. There is no place for terrorist in Syria, in other countries of the region. They should be destroyed,” Zakharova concluded.