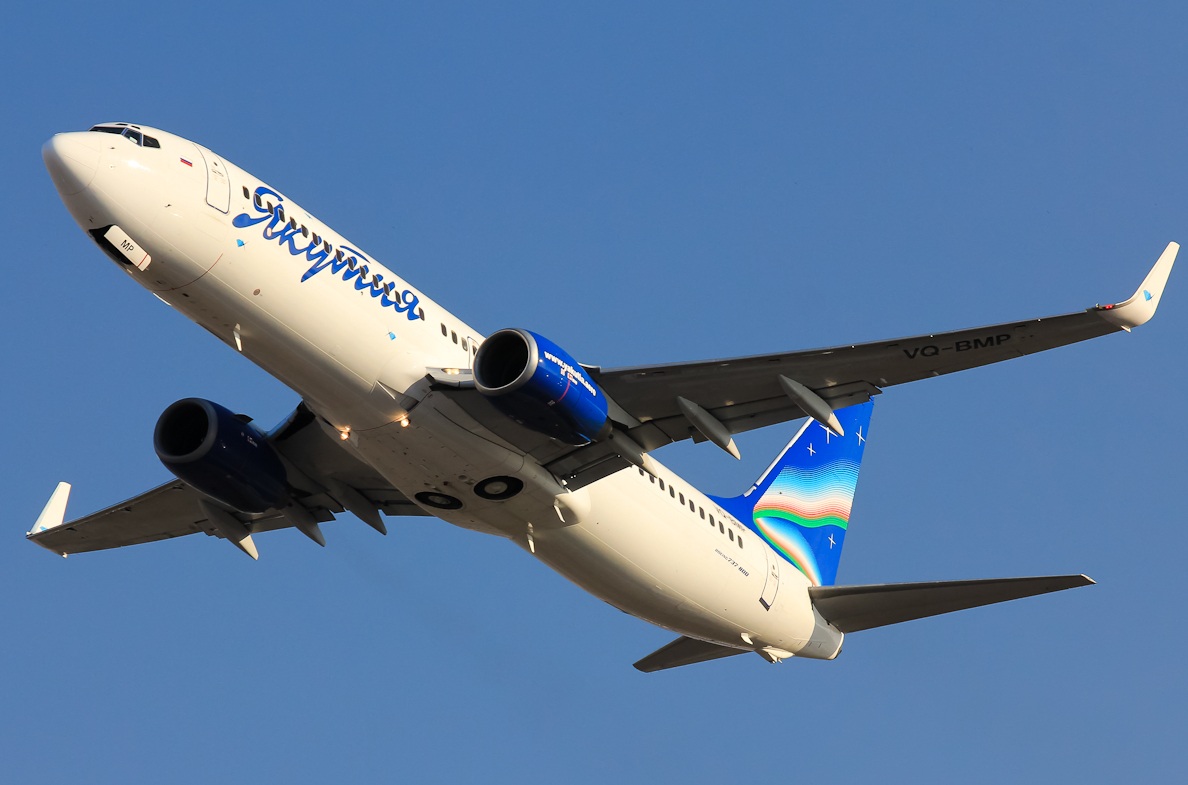 “Yakutia is taking steps to be the most fuel efficient and environmentally friendly airline in Russia,” says Aviation Partners Boeing director of sales and marketing Christopher Stafford. “With the installation of the Split Scimitar Winglet System, Yakutia will further enhance the performance of its Boeing 737-800s, yielding significant fuel savings and reduction in CO2 emissions throughout its network.”

“This is our first Split Scimitar Winglet equipped airplane in our 737NG fleet. When considering the market where we operate this airplane, with an average flight length of 4.5 hours, we anticipate significant fuel savings on an annual basis,” states Yakutia Airlines chief executive officer Olga Federova. “Yakutia plans to evaluate equipping its existing and any additional 737NG airplanes with the Split Scimitar System as they are added to our fleet. We believe that the performance will significantly enhance the airplane operating economics in this harsh economic environment in Russia.”

APB’s Split Scimitar Winglet program is the most successful product launch in its history. Since launching the program APB has taken orders and options for over 2,000 Split Scimitar Winglet systems. Over the last 10 years, APB has sold nearly 8,000 of its Blended Winglet and Split Scimitar Winglet Systems. Over 6,500 Systems are now in service on Boeing aircraft with over 200 airlines in more than 100 countries. APB estimates that its advanced technology winglets have saved airlines worldwide 6.3billion gallons of jet fuel to-date with a corresponding reduction of carbon dioxide emissions of 66 million tons.