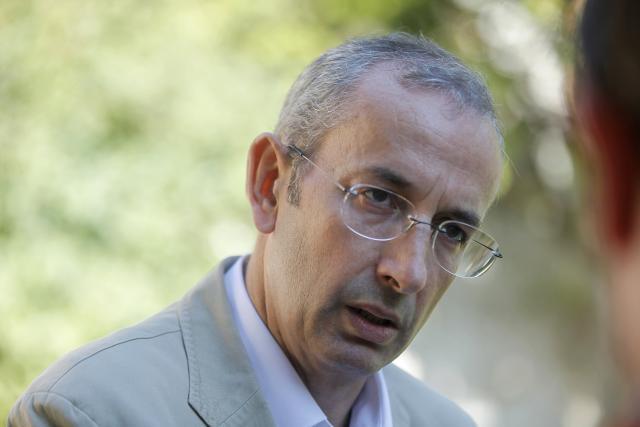 Relations between Serbia and Russia should not develop in a way that undermines the Serbia’s EU integration, says the head of the EU Delegation to Serbia.

According to Michael Davenport, who spoke for the Belgrade-based weekly NIN, all EU candidate countries are expected to align their foreign policy with the EU, while it is not unusual that some of member-states have “specific relations with Russia.”

Speaking about Serbia’s relations with Russia and EU’s strategy, he “stressed that what Serbia and the EU have in common is precisely that they do not want conflict.”

“The EU expects all candidates for membership to gradually align their foreign policy with the common European one, and not just in respect of Russia, but in general. The EU has understanding for the specific relationship between Serbia and the Russian Federation. Some EU member-states have specific relations with Russia, it is not unusual,” said Davenport.

He, however, “stressed that relations with Russia should not be developed in a way that would undermine European integration.”

Asked whether Serbia can, at some point, “expected to receive a demand from Brussels to impose sanctions on Russia,” Davenport said the policy of sanctions against Russia has the goal of ensuring “respect of international law and international obligations, including full implementation of the Minsk Agreement.”

“The EU’s policy is not to ask Serbia to implement these sanctions, for now, but, as I said, we expect that each candidate country, by the time of EU accession, has fully aligned its foreign policy with the EU. It is up to Serbia to define its strategic priorities, as a basis for its foreign policy in the future,” said Davenport.

When it comes to opening more chapters in the country’s accession talks, Davenport said the next steps depend on the European Commission and the attitude of member-states – but that the EC has already issued an opinion on Chapter 5 (public procurement), while the Serbian government is “intensively working” on chapters 10, 25 and 26 (information society, science, education, culture).

Asked whether there was “a risk that Croatia would continue to use bilateral problems to blackmail Serbia in negotiations with the EU,” Davenport said that the position of the European Commission and the European Union as a whole is that “bilateral issues should not be part of (EU accession) negotiations.”

However, he added, the EU’s enlargement process must enjoy the support of all member-states, while decisions are made by consensus – “which is why it is important that each member is satisfied with the steps taken in the process.””

“The opening of each chapter will require the agreement of all member-states, who will evaluate the implementation of action plans. As for Croatia and Serbia, it is very good that there have been bilateral contacts at the highest level, and an agreement to intensify the efforts on both sides to resolve all outstanding issues,” said Davenport.

Speaking about the investigation of the European Commission into Zelezara Smederevo’s alleged dumping of steel prices, Davenport said there was “a big fuss unnecessarily” on this issue – “because the investigation includes not only Serbia, but also Ukraine, Brazil, Russia and Iran.”

Unwilling to prejudge the outcome, the EU official said this was “a process that will take some time – we should wait to see what the European Commission will determine.”