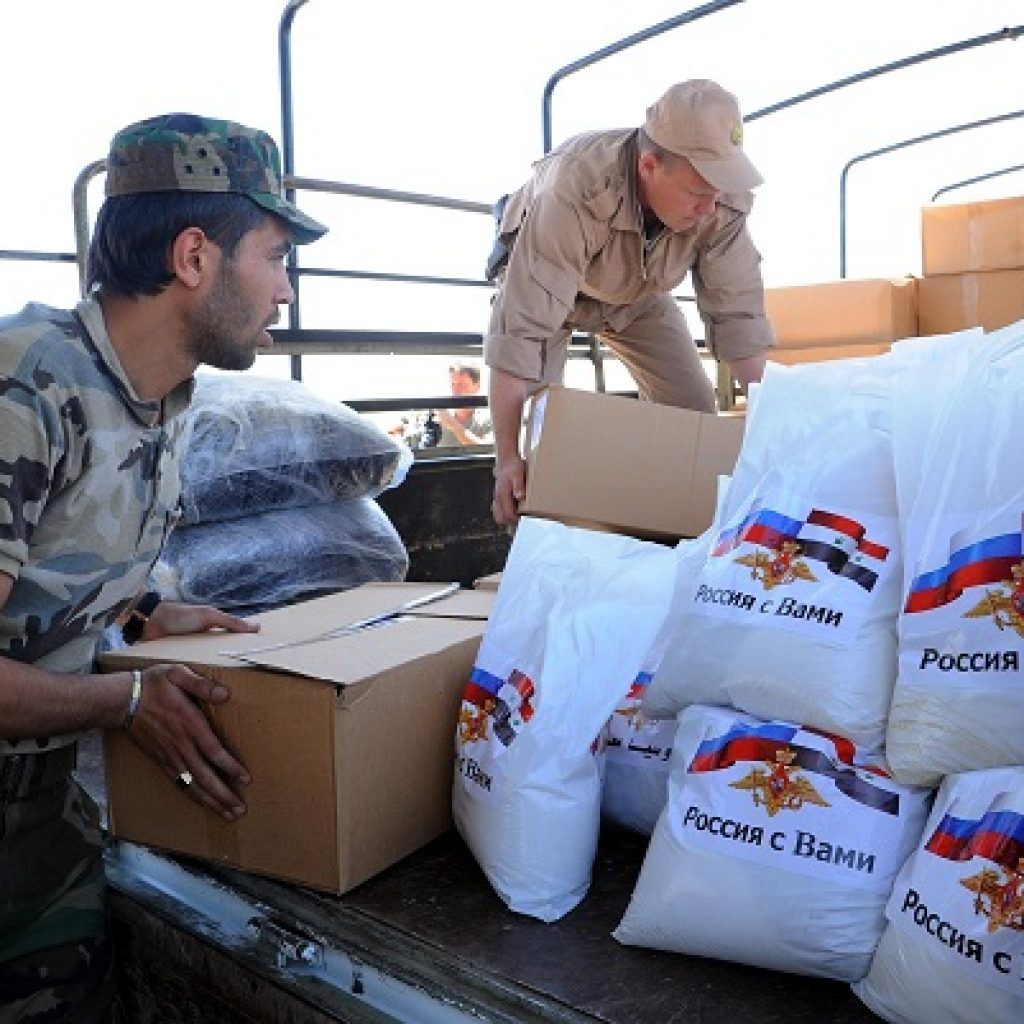 The Russian military have delivered about 2 tons of humanitarian aid to a remote area in Syria’s Latakia province, spokesman for the Russian Center for Reconciliation of the warring sides in Syria Captain Sergei Popov told reporters on Wednesday (July 20).

Residents of the Talla village, located in a mountainous region, have received canned fish and meat, flour and cereals. In addition, the Russian military doctors deployed a mobile medical center and rendered medical aid to all who needed it.

“The elders of the Talla village turned to us with a request and so we delivered humanitarian aid there, a total of about two tons – food items and rations that have been distributed among the people, all were satisfied,” Popov said.

The village elder Taj Salman said that when militants of the Jabhat al-Nusra terrorist group in 2012 came to Talla, the women and children fled to the city of Latakia, as the village was regularly shelled. “There were attempts to enter the village, but we put up defenses by the people’s militia forces, so we could defend our village and destroyed a large number of militants,” Salman said.

According to the elders, the situation in the village is now calm. After the Syrian army, backed by the Russian Aerospace Forces, pushed the militants back at a safe distance, more than 80% of the local residents returned to their homes.

He also thanked Russia for its support to Syria in the fight against international terrorism and for the provision of humanitarian aid.

According to the daily news bulletin of Russian center for reconciliation of the warring parties posted on the Russian defense ministry’s website on Tuesday, more humanitarian aid was delivered to Syrian population. “Humanitarian cargoes, mostly flour, rice, canned meat and fish, were delivered to low-income families in the settlement of Talla in the province of Latakia. A total of 15 tons of United Nations humanitarian cargoes, primarily food products and cereals, were delivered by a Russian Abakan Air plane to the Syrian city of Deir ez-Zor besieged by Islamic State terrorists,” the bulletin says.

The Russian Reconciliation Center aims to assist armed groups in Syria in concluding ceasefire agreements, maintain the truce regime, control its observance and organize the delivery of humanitarian cargoes to civilians.