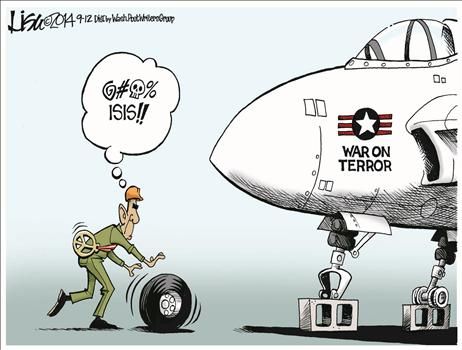 On July 14-15 US Secretary of State John visited Russia – his second trip to Moscow this year – to urgently discuss the situation in Syria and the ways to boost military and intelligence cooperation against Islamic State and the Jabhat al-Nusra (al-Nusra Front) group, an al-Qaeda’s affiliate. Before holding talks with his Russian counterpart Sergey Lavrov, the Secretary of State was received by Russian President Vladimir Putin, who said at the start of his meeting with Kerry that his last conversation with US President Barack Obama had convinced him that both sides were sincere in their efforts to find a solution in Syria with the cessation of hostilities on the brink of collapse, especially in Aleppo. The reports about the tragic events in Nice, France, where 84 people were killed as a result of terrorist act, made the Russia-US anti-terrorist effort even more acute.

The agenda of the talks included US plan on intelligence sharing to identify leadership targets, training camps, supply lines and headquarters of al-Nusra.

According to the document, air strikes could be carried out by US or Russian jets and expanded coordination would be channeled through a Joint Implementation Group based in the vicinity of the Jordanian capital, Amman. The US offered to set up separate headquarters and a shared coordination office that would help facilitate joint operations against al-Nusra and would be staffed by US and Russian military officers, intelligence officials and experts. They would coordinate strikes against al-Nusra. Members of the Joint Implementation Group would jointly identify «actionable» targets, including leadership, training camps, logistical depots, supply lines and headquarters, and designate them for airstrikes by either Russian or US forces. Other areas would be off limits to both. The US wants Moscow in turn to use its influence and limit Syrian military air activities to areas where al-Nusra has acquired territory and non-combat purposes. Once an initial set of targets is agreed upon and all combat air activities by Syria have ceased, coordinated US-Russian airstrikes would begin.

The proposal also allows Russia to use air power to defend Syrian forces from attacks within a designated area, if agreed in advance with the United States. Up to now, the US has refrained from systematic attacks against al-Nusra, whose ranks are heavily Syrian, including many who left less extreme rebel groups because the group was better armed and financed. US jets have targeted Jabhat al-Nusra only a few times since September 2014 when the United States began bombing in Syria. The plan shows America is ready to go far enough to cooperate with Russia – something unthinkable a few months ago.

It’s not known how much of the plan was agreed on at the Moscow talks but the parties did reach a tentative agreement in a major breakthrough to facilitate the conflict management.

Addressing media at the joint press-conference after the Lavrov-Kerry meeting that lasted much longer than expected, the parties said they had agreed to cooperate in Syria against the al-Nusra Front in an effort to «restore the cessation of hostilities, significantly reduce the violence and help create the space for a genuine and credible political transition» in Syria.

According to Sergey Lavrov, «In practical terms, we have agreed on some future steps that will help make our parallel work more efficient and more coordinated». John Kerry said that the agreement envisaged joint measures to save the failing Syrian cessation of hostilities but declined to provide details of the cooperation, saying «the concrete steps that we have agreed on are not going to be laid out in public in some long list because we want them to work». He emphasized that the reached agreement defines specific, sequential responsibilities all parties to the conflict must assume.

The idea to deepen military cooperation with Russia in Syria has sparked a rift at the highest levels of the Obama administration, with the Pentagon openly challenging the idea.

In Geneva, senior United Nations officials expressed support for the Russia-US efforts. UN special envoy Staffan de Mistura voiced hope that the plan would resolve what he called «non-constructive ambiguity» about the extremist group’s locations. De Mistura has said he hopes to restart the UN-sponsored peace talks by August 1.

The extent of proposed cooperation represents a major US shift of American policy after years of rivalry between Washington and Moscow. Actually, Washington has consistently refused to join forces with Russia in Syria ever since Moscow launched its campaign of air strikes in September last year.

Communication between US and Russian militaries on Syria has been limited to contacts aimed at avoiding an accidental clash as they carry out rival bombing campaigns and small numbers of Russian and US forces operate on the ground. It took time to change the approach.

As time goes by, the United States appears to realize it needs Russia to tackle the Syrian problem. Sheer force used unilaterally does not work. Some time ago the US withdrew two carrier strike groups (USS Harry S. Truman and USS Dwight D. Eisenhower) from the area. The air superiority the flattops provided failed to be an effective tool to advance the American goals in Syria.

President Obama is understandably trying to find some creative way to salvage its Syria policy in the final months before a new administration takes office in January, 2017. He wants to go down in history as a president who achieved progress. It explains the about-turn in his policy on Syria and the will to cooperate.

To resolve the Syrian conflict, an absolute, well-managed ceasefire should be imposed over the whole country. This would put all the power in the hands of negotiators, who would be able to discuss tough issues with cool heads. This goal is unachievable without Russia and the US coordinating efforts. If military cooperation against al-Nusra is a success, the experience could be used for joint operations against Islamic State. In turn, the cooperation in Syria may become a basis for joint efforts in the Middle East. The cooperation in the region would encompass other areas of Russia-West relationship.

After Ukraine’s crisis broke out, Russia and the United States fruitfully cooperated on a number of critically important international problems. To a large extent, the Iranian deal became possible due to their joint efforts. The elimination of the Syrian chemical arsenal was completed primarily through their concerted actions. A joint endeavor to achieve progress in Syria would be a great accomplishment and a major step towards safer world. In Moscow the parties made a big step forward to achieve the common goal.