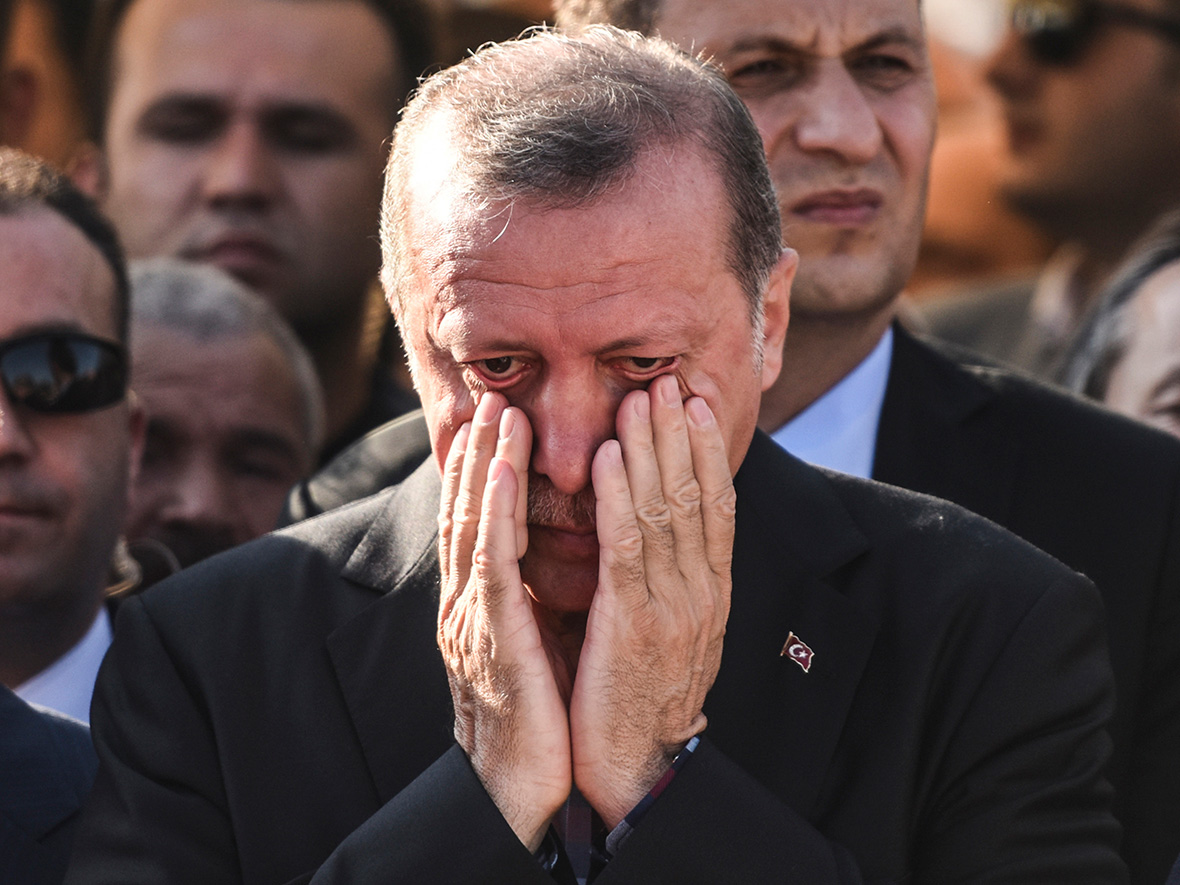 A Turkish special force police officer guards site of a funeral held for a victim of the coup attempt, attended by Turkish President

Women watch the funeral of Mehmet Agabey, who was killed in a thwarted coup, during a memorial service at Kirazlitepe Omer Orhan Mosque in Istanbul