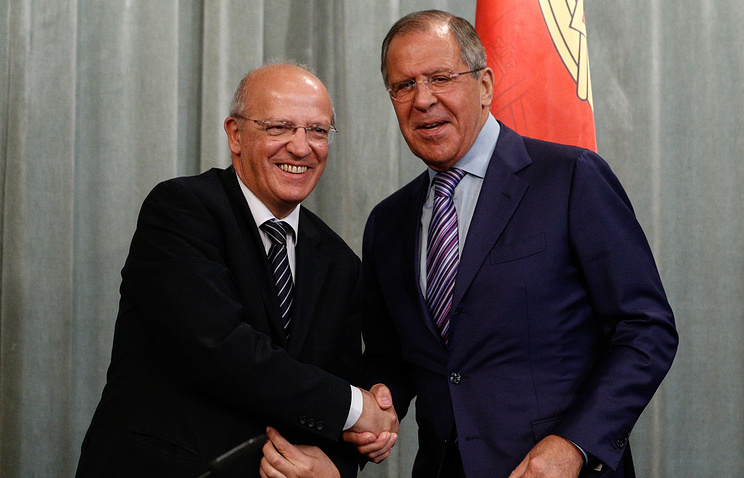 Relations between Portugal and Russia are developing on the firm basis, and Lisbon assigns great importance to ties with Moscow, Portuguese Foreign Minister Augusto Santos Silva said on Monday (July 18).

“I am happy to state that relations between Russia and Portugal are developing on the firm basis after we established diplomatic relations,” Silva said at talks with his Russian counterpart Sergey Lavrov.

He noted that his visit to Moscow underscores how much importance his country assigns to “political and diplomatic relations with Russia.”

He also stressed that Portugal wanted to step up political and economic cooperation with Russia.

Silva highlighted that his current visit to Moscow should “give new momentum to Russian-Portuguese political dialogue” since the new parliament, president and government were elected in Portugal. “This political dialogue has never been interrupted, it was maintained at the level of political consultations. Today’s meeting at the foreign ministerial level is crucial to return our political cooperation to the previous level,” he added.

“It is crucial to sign a new economic and technical cooperation treaty before the end of this year for this purpose. The existing treaty is too old, we want to have a new basic document to develop Russian-Portuguese relations in economic field,” Silva added.

The minister also said the political dialogue with Russia on the international scene is important.

“We have proactive cooperation within the UN. Moreover, being a NATO and the EU member, Portugal has always supported open and comprehensive dialogue between Russia and these organizations. We are facing common threats, first of all, terrorism, and all our efforts should be aimed at uprooting it,” Silva said.

“We agreed to sign an agreement in the near future on economic and technical cooperation to replace the agreement signed in 1987,” Lavrov said after talks with his Portuguese counterpart Augusto Santos Silva.