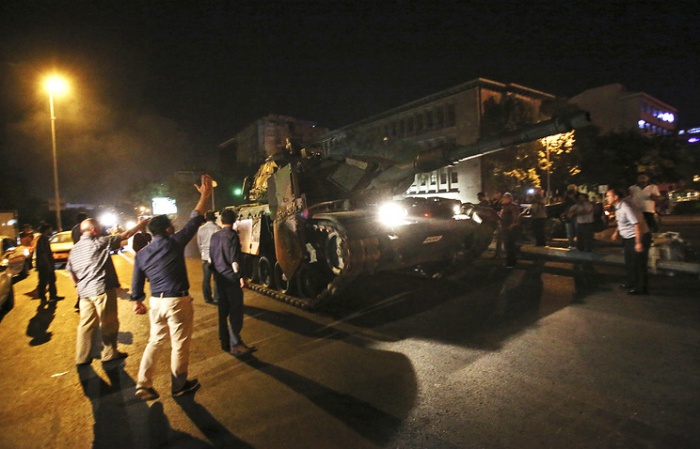 The death toll from an attempted coup by Turkish soldiers overnight has risen to 100, state-run Anadolu Agency reported on Saturday (Jul 16), with 1,154 people wounded.

Policemen protect a soldier from the mob after troops involved in the coup surrendered on the Bosphorus Bridge in Istanbul, Turkey July 16, 2016.

A faction of the military attempted to overthrow the government late on Friday, using tanks and helicopters and blocking bridges and taking over some media outlets.