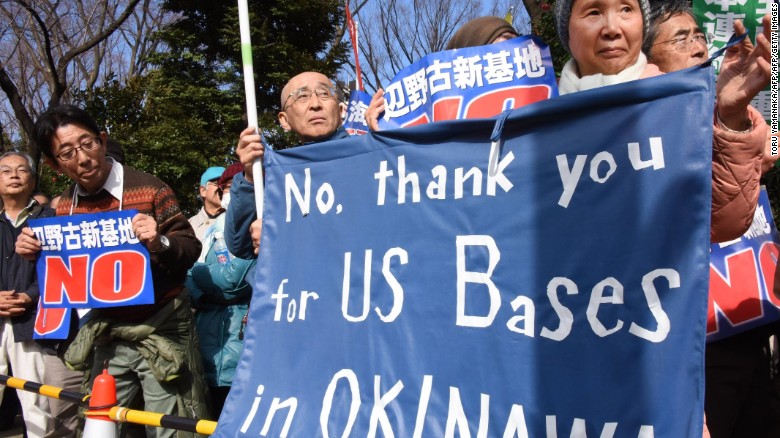 US sailor gets 30 months in prison for Okinawa rape

A US sailor who raped a Japanese woman on the southern island of Okinawa was Friday (Jul 15) sentenced to 30 months in prison, a court said.

Crimes by American military and civilian personnel have sparked protests on crowded Okinawa for decades, sometimes creating tension between security allies Japan and the United States.

It makes up less than one per cent of Japan’s total land area but is home to about 75 per cent of the space allotted for US bases in the country.

The convicted sailor, 24-year-old Justin Castellanos, was arrested in March for allegedly raping the tourist while she was unconscious at a hotel in the Okinawan capital city of Naha.

Castellanos, stationed at a US Marine Corps base on the island, was charged by the local prosecutor’s office in April.

According to media reports, prosecutors had demanded a four-year term but the court decided on a more lenient sentence.

“It cannot be concluded that he brought her into a room with intent to rape her from the beginning,” Presiding judge Jiro Shiomi reportedly said.

But he added that the victim must have felt “a great fear.”

Castellanos’ arrest happened before the death of a 20-year-old woman allegedly raped and killed in April by a US base civilian worker that prompted a recent spike in anti-US anger.

Tens of thousands rallied on the island in June to protest against the heavy US military presence and violent crimes by its personnel.