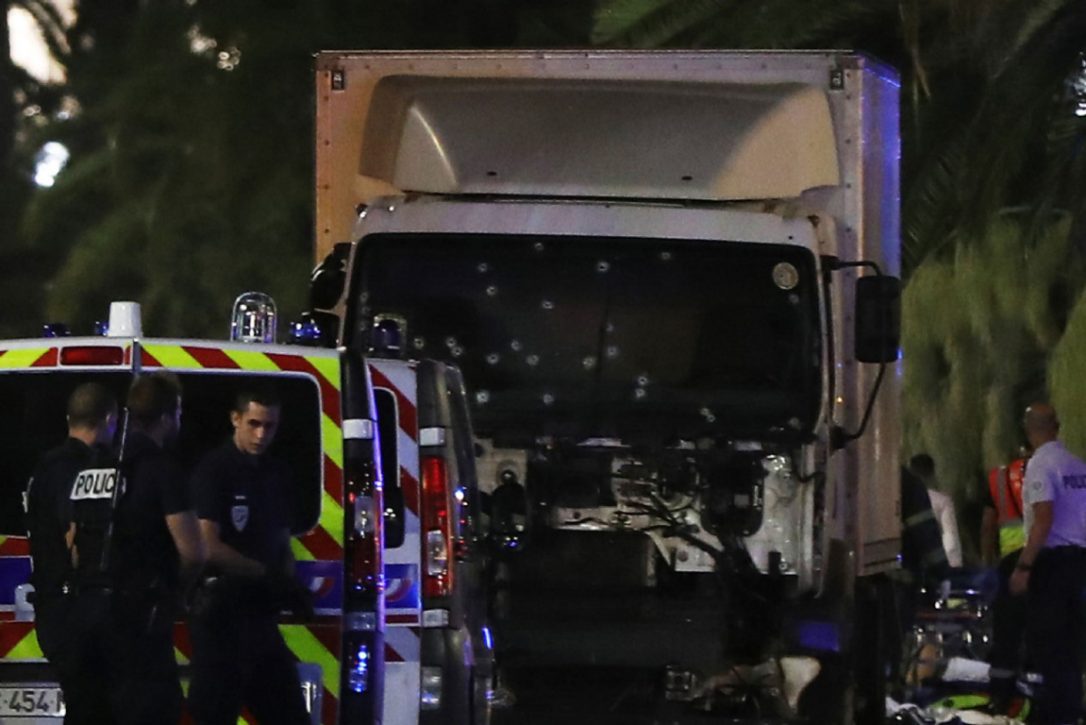 A truck drove on to the sidewalk and plowed through a crowd of revelers who’d gathered to watch the fireworks in the French resort city of Nice in what officials and eyewitnesses described as a deliberate attack.

The president of the Nice region says at least 60 people have died in what officials say was a deliberate attack when a truck drove into Bastille Day revelers in the resort city.

Eric Ciotti said on France Info radio that “It’s a scene of horror.” He said he was speaking from the scene.

The Nice prosecutor Jean-Michel Prette said bodies are strewn about along the roadway.

A spokesman for France’s Interior Ministry says there are likely to be “several dozen dead” after a truck drove into a crowd of revelers celebrating Bastille Day in the French city of Nice.

Sylvie Toffin, a press officer with the local prefecture, said the truck “hit several people on a long trip” down the sidewalk near Nice’s Palais de la Méditerranee, a building which fronts the beach.

Wassim Bouhlel, a Nice native who spoke to the AP nearby, said that he saw a truck drive into the crowd.

“There was carnage on the road,” Bouhlel said. “Bodies everywhere.”

Bouhlel said he witnessed the man emerge with a gun and start shooting, but Toffin said that, “to my knowledge” there was no gunfire.

She confirmed the incident was deliberate.

“It’s an attack,” she said. She said she did not have casualty figures.

CNN quoted an American witness as saying he saw one person in the truck, a tractor trailer, and heard gunfire, although it was not clear whether it came from the driver or was being fired at the vehicle.

The witness said the driver accelerated as he was mowing people down.

It was not immediately clear who would have been behind the attack, but France has recently seen a spate of dramatic assaults from by jihadist groups, including the Daesh, also know as ISIL or ISIS, which straddles Iraq and Syria.