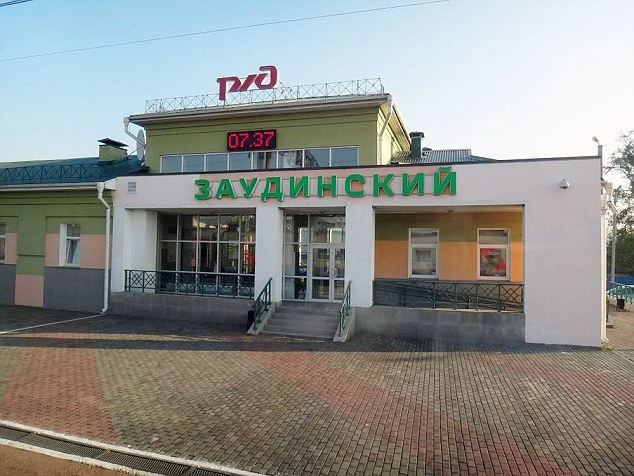 A woman was beheaded by a train as she had sex inches from the world famous Trans-Siberian railway track.

Couple were romping close to Zaudinskaya railway station in Ulan-Ude, pictured, when the incident occurred

The woman was on top of her partner when she heard the train approaching, but as she stood up for a mid-romp recess, the train took her head off.

‘Right then, the speeding train torn her head off.

‘Had she remained in her previous position, she would have stayed alive. The man survived.’

The moment of passion was near Zaudinskaya railway station in suburbs of Ulan-Ude, the regional capital.

Local sources have said amorous couple were homeless people who were ‘both drunk’, according to The Siberian Times.

The pair were not named.

The case was highlighted amid concern over the number of accidents with people crossing railway lines in Russia.

Amid the freak incident, the train company issued a warning, saying: ‘Dear citizens, Russian Railways yet again ask you to respect health and safety rules,’ said the company which operates trains across Russia.

‘Be responsible and take care of yourself and your family and friends.’