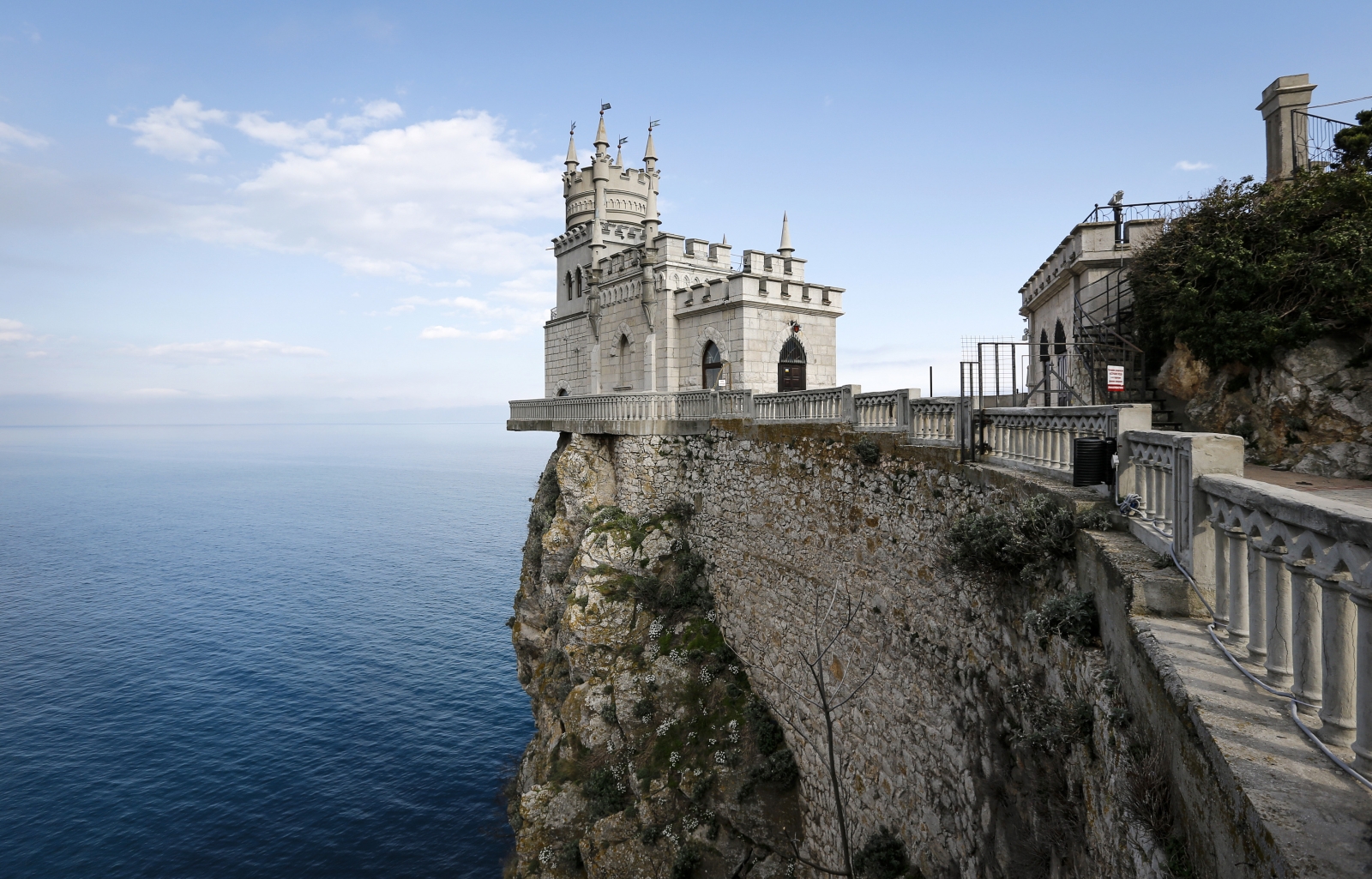 Forgetting about the propaganda of the Russian aggression against residents of the Crimea, many Ukrainians come to Russia’s Crimea in the midst of the summer holiday season.

he Kiev authorities have decided to call those Ukrainians, who saw the real state of affairs in the Crimea, to patriotism.

Ukrainian President Petro Poroshenko stated that one should install signs at the entrance to the Crimea calling “not to take one’s money to the aggressor.”

“There are hundreds of cars on the border crossing between Ukraine and the Crimea, and crowds of backpackers. So I think, whether it is Ukraine sending the propaganda “commandoes” or there is an agreement to improve the holiday season in the Crimea,” one of the leaders of the pro-Turkish-Ukrainian Mejlis (banned in the Crimea), Nariman Jalal, wrote on his Facebook page.

On the website of the Ukrainian President, Dnieper activists address to Petro Poroshenko:

“Today, when bloody battles continue in the east of Ukraine, non-punishable manifestations of “tourist separatism” are untimely and inadmissible.”

The activists believe that the Ukrainians traveling to the Crimea for summer holidays should be punished. To crown it all, they added, Ukraine should close borders with the Crimea.

Meanwhile, tourism in the Crimea continues to develop. According to vice-speaker of the Crimean parliament, Andrei Kozenko, 460,000 Ukrainians visited the Crimea last year, and their number is expected to grow considerably in 2016.

Little by little, citizens of Ukraine come to realize that the Crimea is the perfect place for them for good and inexpensive vacation, despite political squabbles.

Utopian ideas of the Ukrainian leadership to return the Crimea by force find less and less response among ordinary citizens, as people naturally prefer a good vacation to war.

In 2015, only 18 percent of Ukrainians found it appropriate to fight for the Crimea. As many as 23.5% of the population, including 57.7% of the surveyed population of the Donetsk region, agreed that Ukraine has lost the Crimea forever.