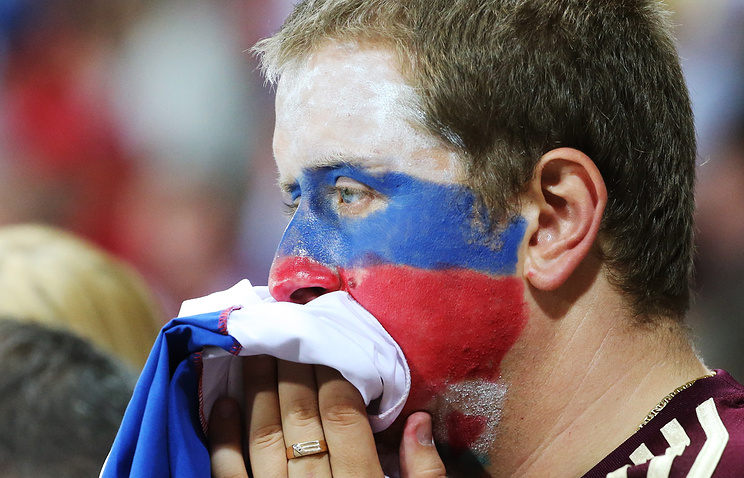 The Russian national football team has sunk from the 29th to the 38th place in the FIFA rating after its poor performance at the 2016 European Championship, according to the updated rankings posted on the world football body’s website on Thursday (July 14).

Last month the Russian national team lost to Wales 0-3 in its third group stage match of the 2016 Euro and failed to qualify to the next round of Last 16. Playing in Group B at the Euro Cup, which kicked off on June 10, Russia ended its match against England with 1-1 draw, then lost its encounters with Slovakia and Wales (1-2 and 0-3 respectively).

Now the Russian national football team has 728 points in FIFA’s updated rating, staying just one spot above its worst result posted in December 1998.

Portugal, which emerged as the 2016 Euro Cup winner after beating France 1:0 in extra time, has now climbed from the eighth to the sixth place in FIFA’s updated rankings with 1,266 points.

France has improved its positions, moving to the 7th place with 1,189 points from the previous 17th spot.

FIFA’s top five leaders have remained unchanged, with Argentina that reached the finals in the recent Cup of America tournament in the United States in June staying in the first place with 1,585 points. It is followed by Belgium (1,401), Colombia (1,331), Germany (1,319) and Chile that has won the Cup of America (1,316).

Wales that went into the 2016 Euro Cup semi-finals has climbed from the 26th to the 11th spot in FIFA’s ratings with 1,137 points.

Iceland that created a sensation at the 2016 Euro Cup has also progressed considerably in FIFA’s rankings, rising to the 22th position with 871 points from the previous 34th spot.