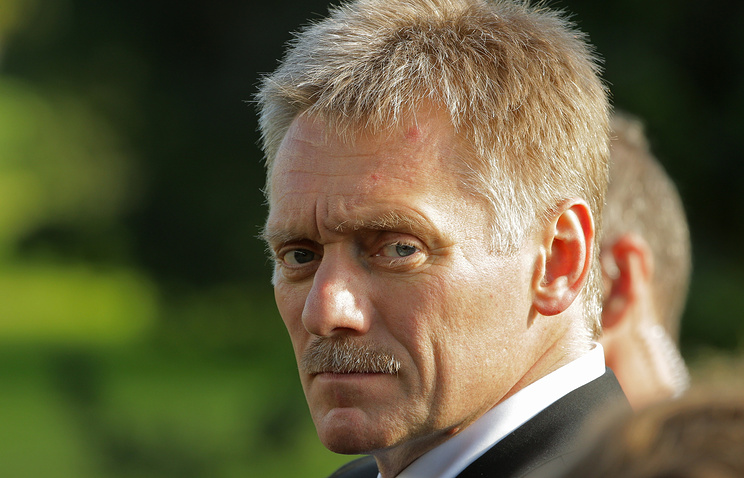 Peskov: Russian airstrikes in Syria not retaliation for pilots’ death

The Kremlin has denied that the actions of Russia’s aviation in Syria were taken in retaliation for Russian pilots’ death in the country, Russian presidential spokesman Dmitry Peskov said on Wednesday (July 13).

“The Russian Aerospace Force operation (in Syria) continues, all this is done within its framework,” Peskov told reporters, answering a question if the Russian airstrikes in Syria on Tuesday could be called an act of retaliation.

On July 12, six long-range Tu-22M3 bombers of Russia’s Aerospace Forces used high-explosive ammunition to hit terrorist facilities in Syria, Russia’s Defense Ministry reported. “In the morning of July 12, six long-range Tu-22M3 bombers, which took off from the home airfield on the territory of the Russian Federation, delivered a combined strike with high-explosive ammunition at facilities of the ISIL terrorist group (former name of the Islamic State terrorist organization) east of Palmyra and As-Suhnah,” the statement said. The ministry said a large field camp of militants, three ammunition and armaments depots, three tanks, four infantry combat vehicles, eight vehicles equipped with heavy machineguns, as well as “a great amount of enemy manpower” were destroyed. All the planes safely returned and landed at their airfields.

Pilot-instructor Yevgeny Dolgin and commander of the 55th separate army aviation regiment Colonel Ryafagat Habibullin were killed on July 8 over the city of Palmyra, Homs province, flying the Syrian Mi-25 helicopter (an export version of Mi-24) with a load of ammunition. The helicopter crew attacked militants of the Islamic State terrorist group that broke through the defense of the Syrian government troops, thus thwarting the IS attack. After running out of ammunition, the helicopter was hit by militants’ gunfire from the ground as it was making a turn and crashed in the area controlled by the Syrian government army.

A truce is currently underway in Syria; as of July 11, a total of 179 inhabited localities joined it. The ceasefire regime took effect in Syria on February 27. Shortly before, the UN Security Council adopted a resolution supporting a cessation of hostilities. The document drafted by Russia and the United States was backed by all 15 Security Council member states.