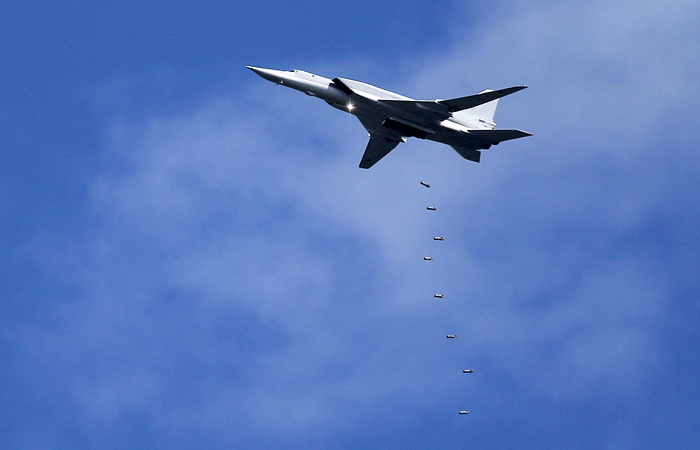 “In the morning of July 12, six long-range Tu-22M3 bombers, which took off from the home airfield on the territory of the Russian Federation, delivered a combined strike with high-explosive ammunition at facilities of the ISIL terrorist group (former name of the Islamic State terrorist organization) east of Palmyra and As-Suhnah,” the statement said.

“All aircraft safely returned and landed at their airfields,” the statement said.

The Defense Ministry said representatives of the international coalition, who are also involved in hostilities against the Islamic State in Syria, were in advance informed of the time of strikes and transit corridors of Russian long-range bombers.

A truce is currently underway in Syria; as of July 11, a total of 179 inhabited localities joined it.

Russia’s Aerospace Forces started delivering pinpoint strikes in Syria at facilities of the Islamic State and Jabhat al-Nusra, which are banned in Russia, on September 30, 2015, on a request from Syrian President Bashar Assad.

During Russia’s operation against the Islamic State and Jabhat al-Nusra that lasted nearly six months, Syrian forces recaptured nearly 400 inhabited localities with support from Russia’s aircraft. Serious problems were created for illegal oil trade, which is the key source of income for terrorists; the main routes of supply of arms and ammunition to militants were blocked.

Russia’s Defense Ministry has repeatedly underscored that Russia’s Aerospace Forces and Syria’s Air Force have not delivered strikes at opposition paramilitary formations who announced cessation of hostilities and reported to the Russian or American reconciliation centers data on their location.