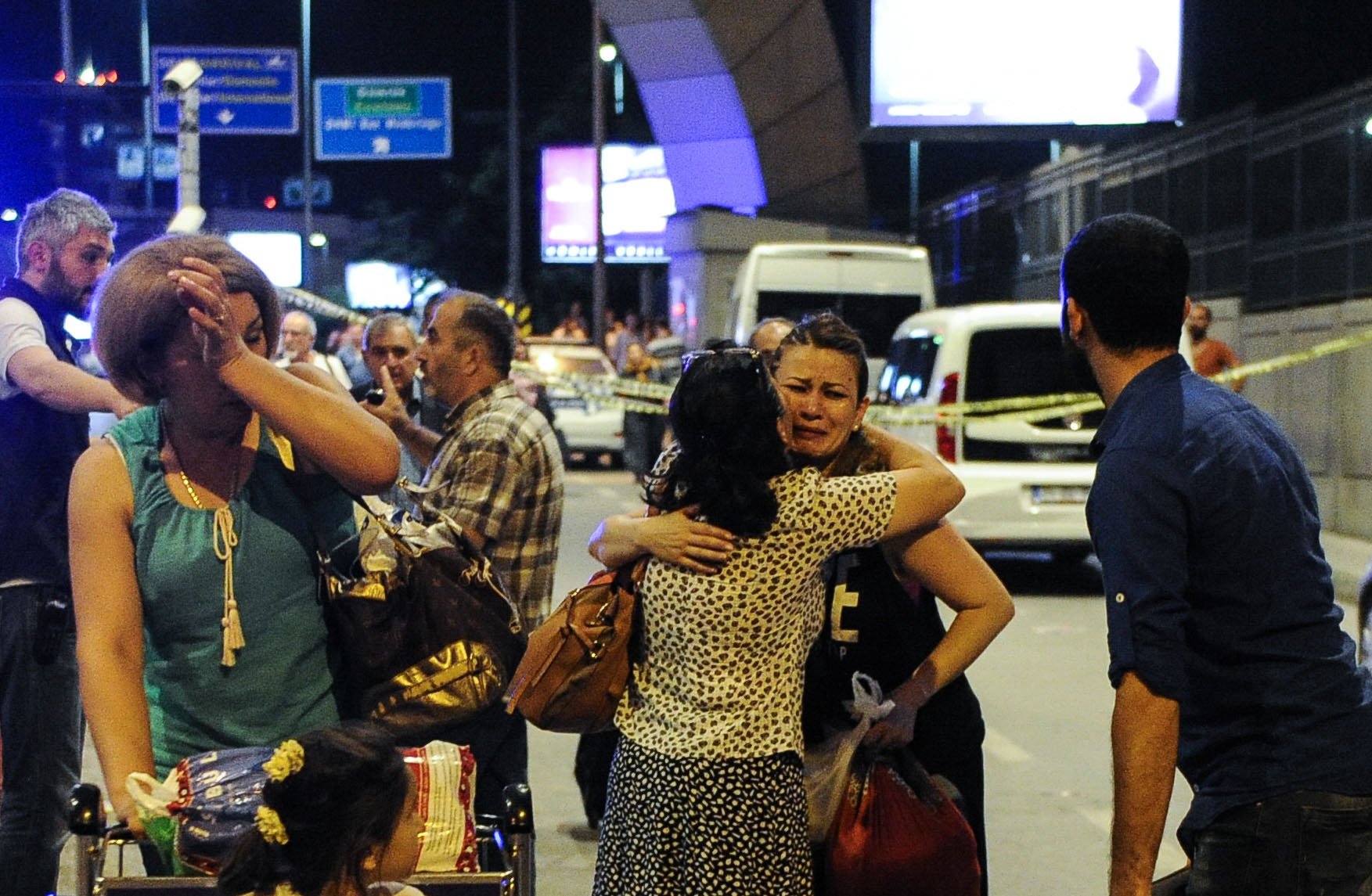 Russia: When Rahim Bulgarov graduated from college in southern Russia with a diploma in tourism, his teacher expected him to go on to further study, or fulfil his dream of opening a car repair shop.

Local residents attend a prayer at the cemetery in the village of Ikon-Khalk in Dagestan, Russia, July 5, 2016. Picture taken July 5, 2016.

Instead, Bulgarov started going to the mosque with followers of a pious strain of Islam, and, according to a close relative and Egyptian security sources, went to Cairo last year to study Arabic.

Turkish state media have identified Bulgarov, 23, as one of the suspected suicide bombers who attacked Istanbul’s Ataturk airport on June 29, killing 45 people and wounding hundreds.

Several of the attackers were from Russia or ex-Soviet countries, making it the deadliest foreign attack by militants from that region since the Boston marathon bombing in 2013, carried out by two young ethnic Chechen brothers.

In the space of two years, Bulgarov changed from a shy young man who led a secular lifestyle to a suspected jihadist bomber, according to Reuters interviews with his teacher, an imam, a classmate and the close relative.

His case shows the challenges that Russian security agencies face identifying potential security threats out of the thousands of young people in Russia who are turning to ultra-conservative forms of Islam.

Three Egyptian security sources told Reuters Bulgarov spent 7 months and 12 days in Cairo, leaving in January this year, and that he signed up for Arabic classes at Al-Azhar University, an Islamic centre of learning.

“He lived in a flat with another young Russian man in the Ain Shams area,” said one of the sources, referring to a suburb of Cairo.

Bulgarov was not on the radar of Egyptian security services until Russian authorities contacted them around a week ago seeking information on him and any other Russians he mixed with in Cairo, said the same source.

Bulgarov left Egypt on Jan. 13 for Turkey, according to the three Egyptian sources.

Some time after that, he returned to Russia and was interviewed by the Federal Security Service (FSB), which is responsible for counter-terrorism, and had to undergo a lie detector test, according to the relative, who did not want to be identified.

The relative said Bulgarov was then allowed to go home.

“He passed the test, he was fine,” said the relative.

Reuters could not confirm that the interview, a routine procedure in Russia that does not necessarily mean the authorities thought he was a security threat, took place. Local police and the FSB did not respond to requests for comment.

Bulgarov grew up in Karachaevo-Cherkessia, a Russian region on the northern slopes of the North Caucasus mountains where many people are Muslim.

But unlike other parts of the North Caucasus, such as nearby Chechnya and Ingushetia, there was no strong tradition of hardline Islamism or rebellion against Moscow’s rule.

Bulgarov’s family home is in the village of Ikon-Khalk, a settlement of the Nogai people, a Turkic ethnic group.

His upbringing was comfortable. His father is a tractor driver. His grandmother owns a deli store in the village which, among other items, sells food cooked by his mother.

Putting Bulgarov through college to get his tourism diploma would have cost his family nearly US$3,000, according to Mardjan Dagujieva, the director of the college, a substantial sum by local standards.

At the college, Bulgarov was shy.

“When he dared to say a word in class, that was already a shock for us,” said Yevgeny Romanenko, a classmate.

He said Bulgarov at that time smoked cigarettes and drank alcohol – both habits which are forbidden according to most interpretations of Islam.

His teacher at the college, Gor Kurginyan, said Bulgarov was one of his best students with a dream to start a small business.

“He planned to launch a car repair shop along a road in his neighbourhood,” said Kurginyan.

Bulgarov graduated from the college in 2011, and his teacher expected him to either pursue the workshop plan or keep studying, maybe at university in the nearby city of Pyatigorsk.

But when Kurginyan met up with some of his ex-students about two years ago, he heard the unexpected news that Bulgarov had devoted his life to Islam.

After Bulgarov graduated from college, he had been working on a farm and in construction in his Ikon-Khalk, according to his close relative.

But the village was changing. In 2013 or 2014, young local men started visiting the mosque at the end of his street, drawn to practising Islam for the first time in their lives, and in particular to a very strict interpretations of the faith.

This mirrors a trend throughout the North Caucasus. According to a report this year by the International Crisis Group, poverty, corruption and police crackdowns in the region have left many young people feeling angry and persecuted.

Some of them have been drawn to radical forms of Islam which they feel offers a way to address injustices.

“More people started going to mosque,” said the imam at the mosque in Bulgarov’s village, Abdulla Kumykov. “It had been very few, about 10 people at Friday prayer. And now it’s 40-50, (taking up) about half of the prayer room.”

When a Reuters reporter visited last week, several men in their 20s and 30s hung around the mosque. They refused to speak with the female reporter, and insisted she did not cross into the mosque’s courtyard, saying women were not allowed in.

The imam, who could not explain why there had been an influx of new worshippers, spoke to the reporter outside the perimeter of the mosque.

He said Bulgarov had first come to the mosque around 18 months ago, and had prayed there regularly until he left for Egypt.

The close relative said Bulgarov left home for a second time in March this year, telling his family that he was travelling to find work in Labytnangi, a Russian mining settlement near the Arctic Circle.

The next time the relative knew of his whereabouts was when they learned he was a suspect in the Istanbul airport bombing.