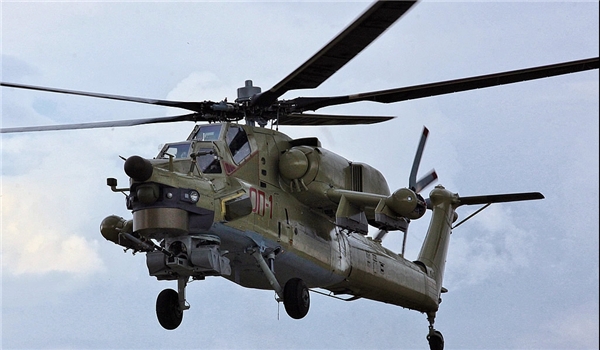 Iraqi Defense Ministry Spokesman Nasir Nouri confirmed that his country’s army has received two Russian-made Mi-28 military helicopters known as night-hunter, adding that more choppers will be delivered to Iraq in the near future.

On Saturday (July 9), the Iraqi defense ministry said that the Mi-28 helicopters are among the most advanced armored-combat choppers which enjoy high maneuverability and are equipped with various heavy weapons,” the ministry said, adding, “The new choppers will play a crucial role in defeating the ISIL terrorists across the country.”

In June, spokesman for the Iraqi Joint Special Operations Command Yahya Rasul Zubaidi said that Russian-made helicopters including the “Night Hunter” (NATO reporting name Havoc), used by the Iraqi army had demonstrated their effectiveness during the offensive in the city of Fallujah against ISIL terrorist group.

The ministry also said that the “Night Hunter” helicopters had increased the maneuverability and targeting precision of the Iraqi army.

Mi-28NE is a highly effective new-generation helicopter, designed for combat missions in any circumstances. The helicopter is designed to take part in operations against tanks, infantry combat vehicles and armored personnel carriers among other targets.