Home » Pictures » Environmental photography from around the world 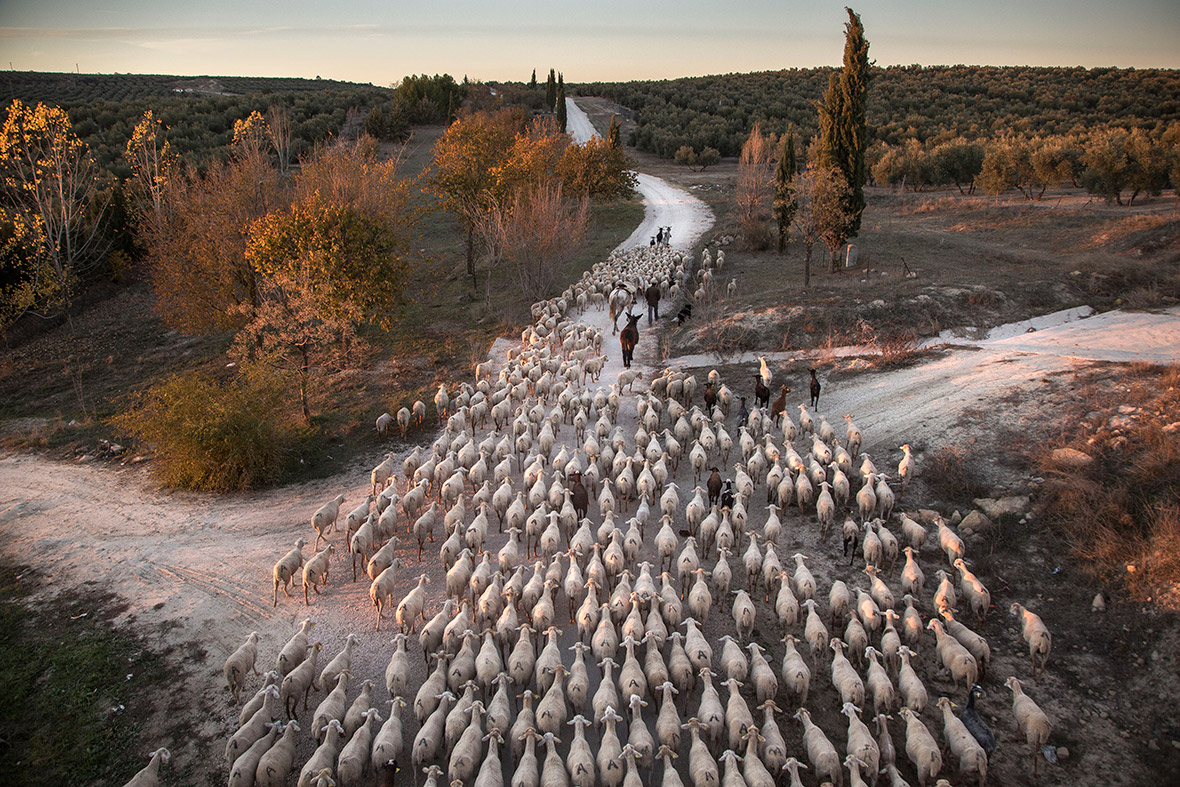 Environmental photography from around the world

Environmental Photographer of the Year 2016 winner: Sara Lindström, Wildfire, 2015 / Banff. “It was an exceptionally warm day in July in southern Alberta when I came across this massive pinkish smoke plume rising high towards the sky. The big flames were thriving on the dry land and had me completely mesmerised in fear and awe.”

Young Environmental Photographer of the Year 2016: Luke Massey, Bird’s Eye View, 2015 / Chicago. “Peregrines were wiped out in Illinois in the 1960s but in the 1980s a reintroduction programme began and now 22 pairs nest in Chicago alone. One pair have chosen a condo balcony as their nest site and in 2015 I followed them as they raised four chicks to fledging.”

Atkins Built Environment Award 2016: SL Shanth Kumar, Losing Ground to Manmade Disaster, 2015 / Chennai. “This picture, taken in Chennai, the biggest metropolis of South India and the capital city of the state of Tamil Nadu, shows the type of damage that a combination of man-made and natural forces is wreaking on the coastline. Untreated chemical effluents from factories make for the sort of foamy substance that has fatal consequences for coastal and marine flora, which are instrumental in protecting the coastline from erosion. Without their protection, the natural forces that cause erosion – wave and current activity, storms and tides – have an unbroken run of the coastline.”

Forestry Commission England People, Nature and Economy Award 2016: Pedram Yazdani, Sand. “The Salt Lake Urmia could be a symbol of what will happen soon to Iran – it is going to be dried out.”

Pooyan Shadpoor, Houcheraghi, 2015 / Iran. “While walking along the shore of Larak – an island in the Persian Gulf – I came across this luminous scene. The magical lights of the plankton enchanted me so that I snapped the shot.”

Richard Sidey, Pearl Farm, Manihiki Atoll, 2015 / Manihiki, Cook Islands. “A black pearl farm viewed from above, built atop a coral bommie and one of dozens constructed in Manihiki’s beautiful and productive lagoon in the Cook Islands.”

Timur Karpov, Aralkum landscape, 2015 / Uzbekistan, Aral Sea. “The exposed bed of the Aral Sea, covered with toxic salt­ dust. This is a landscape of degradation and despair that followed a failed utopia. Soviet designs to turn Central Asia into a giant cotton field – and reclaim huge swathes of land for agriculture and urban development – depleted two great rivers that flowed into the Aral Sea, an Ireland-­sized shallow lake in the heart of region. Most of the sea dried up, and what replaced it has become one of the world’s youngest and most toxic deserts.”

Konstantinos Stergiopoulos, Waste disposal gone wrong, 2016 / Nicosia, Cyprus. “A dead pig inside a rubbish bin, depicting the conditions of waste disposal in farms on the outskirts of Nicosia.”

Adrián Domínguez, WeLand (series), 2016 / Spain. “La Vijanera is a Cantabrian custom where characters represent the nature of the environment, mores and beliefs. The first carnival of the year in Europe is a colourful masquerade in which around 75 different characters play with identity and symbolism.”

Ruben Salgado Escudero, Solar Portraits India, 2015 / India. “In India’s state of Odisha, villagers trap fish using cone-shaped baskets and solar light. Fewer than half of Odisha’s 42 million residents use grid electricity. Roughly 1.1 billion people in the world live without access to electricity, and close to a quarter of them are in India. The portrait was set up using solar lights as the only source of illumination.”

Larry Louie, Geothermal Energy, 2016 / Iceland. “Over 90% of the homes in Iceland are heated by geothermal energy and powered by hydro electricity. With the effects of global warming, rapidly melting glaciers in Iceland are providing an incredible amount of hydro energy. But the harvesting of power from Mother Nature is not without environmental consequences.”

Oksana Lefimenko, Water lilies, 2016 / Kharkiv, Ukraine. “I took this picture while walking along the bank of one of Kharkiv rivers. These three bottles drew my attention as they looked very much like flowers.”

Björn Vaughn, Slamet the Survivor, 2015 / Kalimantan Tengah/Central Borneo, Indonesia. “Slamet is a builder in Palangka Raya, Central Kalimantan, Indonesia. All construction work has stopped due rampant peat fires blanketing the region in a toxic smog. He casts his net into a polluted canal, hoping to make a catch. ‘Better a dirt fish than no fish at all,’ he says.”

Susana Girón, Transhumance in Spain, 2015 / Cañada Real Cazorla – Ubeda (Jaen, Spain). “The Alarcon family herd their livestock from their home in Fatima (Granada) to Las Navas de San Juan (Jaen). This long distance of 200km by foot with more than 550 sheep looking for the best grass in winter and summer is made every year by more than 100 Spanish families.”

Jonathan Fontaine, The worst drought in 50 years, 2016 / Afar region / Ethiopia. “A baby on a camel and his family decided to move their camp 10 kilometres to be closer to a river where there is some water left. Ethiopia is experiencing its worst drought in 50 years as the direct result of El Niño. 75 percent of harvests have been lost, a million livestock have died, and 10 to 15 million people require emergency humanitarian food assistance, with 430,000 children experiencing severe malnutrition.”

Luc Forsyth, The Plateau, 2016 / Zado, Tibet (Qinghai, China). “Buddhist monks play basketball on a court in their mountainside monastery in Zado, Tibet (Qinghai, China). Despite the light covering of snow, the monks report increasingly warmer winter temperatures each year and a general reduction in quantities of fresh water on the Tibetan plateau.”

Shantanu Das, Road or Swimming Pool, 2015 / Mumbai. “Some youngsters at King’s circle in Mumbai decided it was futile to try and walk through waterlogged streets, and took to swimming instead, while some others thought the only way to stay afloat was to get on top of a public bus.”