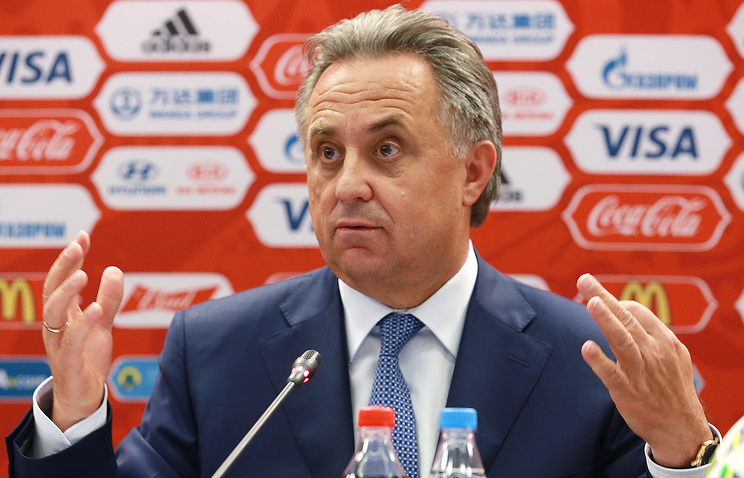 Russian national team footballer Alexander Kokorin was right to apologize for the notorious party at a night club in Monaco, which he had visited together with his teammate Pavel Mamaev, Russian Sports Minister and President of Russia’s Football Union Vitaly Mutko said on Friday (July 8).

Kokorin apologized on Friday for his participation in the notorious party. He once again rejected the reports that he and Mamaev had allegedly spent 250,000 euros on champaign for Twiga club visitors and that the Russian anthem was played at the party on his initiative.

“If Kokorin made true apologies, this is the right step. It is always right to admit one’s mistakes,” the sports minister said.

The Russian sports minister was hesitant to answer a question about whether the footballer’s apologies would be taken into account when a decision on his further fate was made.

“It is difficult for me to say right now. You see what the atmosphere is around the national football team now,” the sports minister said.

Kokorin, a forward of FC Zenit, was disciplined with his transfer to Zenit’s second team while Mamaev who plays for FC Krasnodar was transferred to the club’s youth squad. Both footballers will be also fined.

Life.ru news portal reported on Tuesday that Kokorin and Mamaev were partying at Twiga club and ordered some 500 bottles of Armand de Brignac champagne costing 500 euros each. Life.ru quoted an eyewitness as saying that champagne was served while the Russian national anthem was playing and the party was accompanied with a fireworks display.

Kokorin told TASS on Tuesday that he and his teammate Mamaev had nothing to do with paying for the party.

The incident with Kokorin and Mamaev received a public outcry particularly after the national team’s poor performance at the 2016 UEFA Euro Cup in France last month.

Last month the Russian national team lost to Wales 0-3 in its third group stage match of the 2016 Euro and failed to qualify to the next round of Last 16.

Playing in Group B at the Euro Cup, which kicked off on June 10, Russia ended its match against England with 1-1 draw, then lost its encounters with Slovakia and Wales (1-2 and 0-3 respectively).

Russian Sports Minister and President of Russia’s Football Union Vitaly Mutko said that considering the act of defiance to society made by Kokorin and Mamaev, chances were little for these footballers to return to the national team.

According to the minister, a new chief coach of the Russian national football team will be recommended to consider the footballers’ behavior.