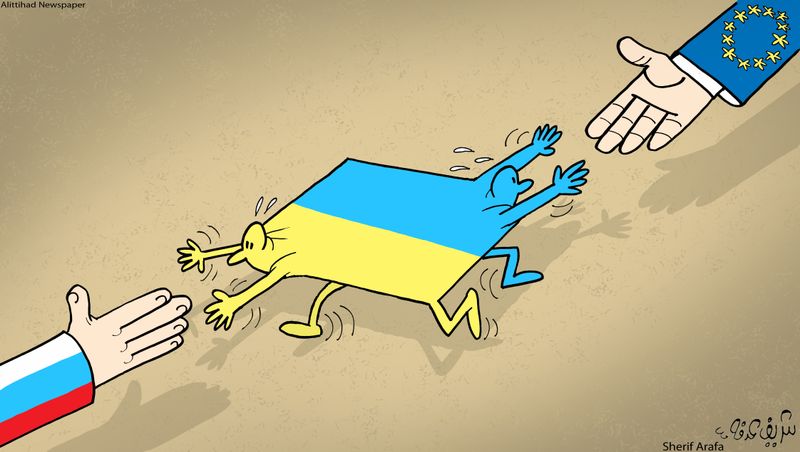 As Dutch Prime Minister Mark Rutte suggests changing the text of the association agreement at the EU Summit in late June 2016, EADaily addresses some results of that “preferential” trade of Ukraine and EU.

In May 2014, yet long before Ukraine officially signed the Association Agreement (it came into effect on Jan 1 2016), EU granted Autonomous Trade Preferences (ATP) to Ukraine to encourage the population and the new leadership that came into power in Ukraine after the February coup d’état. Actually, EU eliminated most of the import duties for Ukrainian goods, mostly agricultural products and textile, from the average 4.5% to 0.9%. However, let us not forget that the ATP was quite relative, as the greatest part of Ukraine’s export to the EU after the Association Agreement was managed by quotas. There are other restrictions connected with the European commodity standards.

In 2016, a group of German advisors at Ukraine’s government summed up the results of ATP for Ukraine’s exports to Europe in 2015. The outcome was deplorable. In 2015, nominal exports from Ukraine to EU fell 23%, though the volume of Ukraine’s exports to EU increased by two percent, which inspired certain optimism in the German economic advisers. Ukraine started exporting a little more but at a much lower price, which resembles the economic relations of the center and periphery in modern capitalism. Actually, Ukraine received less foreign currency returns in 2015 amid an insignificant growth of export volumes.

The German advisors explain that the world prices of raw materials decreased in 2015, which seriously affected Ukraine, as raw materials with low added value account for almost half of its export. The price index for the mineral raw materials of the non-fuel group fell 17.5%, with the grain price index falling 15.4%. This has had a negative impact on Ukraine’s nominal export to Europe. Furthermore, industrial produce in Ukraine fell dramatically in 2015. For insurance, mining fell 14.2%, industrial production fell 12.6%. Only two sectors showed growth: production of motor transport (18.6%) and tobacco (8%). A question arises as to whether Ukrainians started smoking more or increasing tobacco smuggling to EU? The abovementioned insignificant increase of real export to the EU was a result of redistribution from other markets, perhaps, from the Russian one.

Ukraine’s export potential decreased in 2015, as the conflict around Russian gas supply and the armed conflict in Donbass have undermined the country’s energy sector, reducing coal recovery dramatically – almost by 40%. The military actions in Donbass, blockade, destruction of infrastructures and many other problems affected not only the coal producing companies, but also the metallurgy and machine-building sectors. Problems emerged in the banking sector as the Ukrainian currency devaluated causing interest rates hikes.

German advisors see the following prospects for Ukraine’s export to EU in 2016:

— dairy production for exports to EU after licensing of respective quota volumes;

— production of automotive components for Europe at the new plants in Western Ukraine;

— relative restoration of the global prices of raw materials.

After the AA came into effect in Jan 2016, the import duties for Ukraine will be left unchanged for the first year of the agreement’s implementation. Proceeds from exports may increase certainly due to the gradual reduction of non-tariff barriers. By preliminary forecasts of Germany advisers who offer consultations and follow the activity of the Ukrainian government, the exports to EU may increase by 6% in 2016.

The country ensured the growth in the motor industry in 2015 not by producing motor vehicles. The Ukrainian machine builders produced spare parts for automobile assembly plants (mostly German ones) in Central Europe. The export of spare parts to Germany accounted for 15% of total. These are specific orders for specific plants. It is anticipated that the given sector will keep growing.

The German advisors suggest Ukrainians to create an automotive cluster in Western Europe, which will help among others to make direct contracts with foreign investors. Labor force cheaper than in Romania, Poland, Slovakia, and Hungary is what must attract investors to Ukraine.

Investors will in turn demand tax preferences for their enterprises to produce spare parts for European automobile assembly plants. Actually, German advisors are now moving a labor-intensive and non-technological manufacturing to Galicia, Ukraine. The labor force is estimated at one euro or a little more per hour. This will help the local population earn their living, but not improve their living standards. Tax preferences of investors will not bring significant funds to the local and central budgets. The investors will replace each other on condition that the tax preferences will be maintained like the exploitation of the local labor force as long as there is need for it. The process of adjusting Galicia to the needs of European TNC is underway.

The location of the emerging Ukrainian automotive cluster – Galicia – once again shows that the given region is geographically connected with Poland. The Galician population joins the production chains depending on the requirements of the European logistics. As not big lots of products are transported by trucks belonging to small private companies, the optimal requirement is that the enterprises producing spare parts are located at a not large distance with up to 24-hour travel time. In such situation, hiring transporters will be less expensive and the production cost will be lower. However, natural restricting factors make localizing the production in one region without a prospect for expanding into the east. Such an automotive cluster in Ukraine, in the east of the Dnieper should have operated for the vehicle assembly plants in Russia and for the Eurasian Economic Union. This requires a free trade regime between Russia and Ukraine.

Meantime, in 2011-2014, trade turnover between Russia and Ukraine almost halved, from $50.6 billion to $27.9 billion. In 2015, this indicator fell more than twofold. Russia accounted for 12.1% of Ukraine’s total export in 2015 and 7.5% in the first quarter of 2016 versus 17.6% in 2014. By preliminary forecasts, this indicator will fall nearly by one-third – some $1.3 billion – within the current year. In this light, the shares of all the EU countries in the total export of Ukraine exceeded Russia’s indicators more than twofold. Nevertheless, in its west Ukraine has not returned yet what it has lost in the east. In this light, since the beginning of the year, the EU has significantly changed its rhetoric concerning Ukraine’s prospects in Europe saying the Association with the EU will have a positive impact on Ukraine’s economy in the long-term outlook only. As the phrase goes, “but one claw snagged, the bird is bagged”.