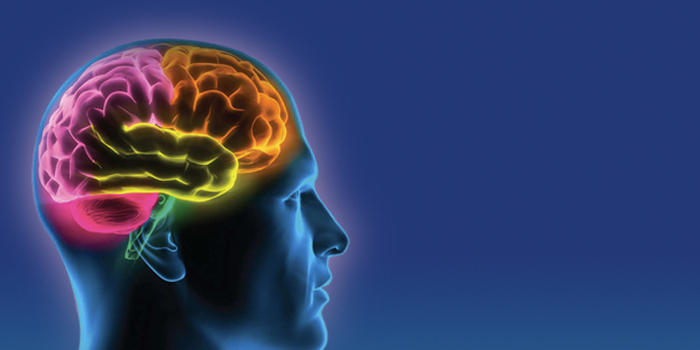 A new study led by scientists at the Sanford Burnham Prebys Medical Discovery Institute (SBP) describes a technology that could lead to new therapeutics for traumatic brain injuries. The discovery, published today in Nature Communications, provides a means of homing drugs or nanoparticles to injured areas of the brain.

Schematic illustrating how intravenously injected peptide would accumulate at the site of brain injury.

“We have found a peptide sequence of four amino acids, cysteine, alanine, glutamine, and lysine (CAQK), that recognizes injured brain tissue,” said Erkki Ruoslahti, M.D., Ph.D., distinguished professor in SBP’s NCI-Designated Cancer Center and senior author of the study. “This peptide could be used to deliver treatments that limit the extent of damage.”

About 2.5 million people in the US sustain traumatic brain injuries each year, usually resulting from car crashes, falls, and violence. While the initial injury cannot be repaired, the damaging effects of breaking open brain cells and blood vessels that ensue over the following hours and days can be minimized.

“Current interventions for acute brain injury are aimed at stabilizing the patient by reducing intracranial pressure and maintaining blood flow, but there are no approved drugs to stop the cascade of events that cause secondary injury,” said Aman Mann, Ph.D., postdoctoral researcher in Ruoslahti’s lab and first author of the study.

More than one hundred compounds are currently in preclinical tests to lessen brain damage following injury. These candidate drugs block the events that cause secondary damage, including inflammation, high levels of free radicals, over-excitation of neurons, and signaling that leads to cell death.

“Our goal was to find an alternative to directly injecting therapeutics into the brain, which is invasive and can add complications,” explained Ruoslahti. “Using this peptide to deliver drugs means they could be administered intravenously, but still reach the site of injury in sufficient quantities to have an effect.”

“Not only did we show that CAQK carries drug-sized molecules and nanoparticles to damaged areas in mouse models of acute brain injury, we also tested peptide binding to injured human brain samples and found the same selectivity,” added Mann.

“This peptide could also be used to create tools to identify brain injuries, particularly mild ones, by attaching the peptide to materials that can be detected by medical imaging devices,” Ruoslahti commented. “And, because the peptide can deliver nanoparticles that can be loaded with large molecules, it could enable enzyme or gene-silencing therapies.”

This platform technology has been licensed by a startup company, AivoCode, which was recently awarded a Small Business Innovation Research (SBIR) grant from the National Science Foundation for further development and commercialization.

Ruoslahti’s team and their collaborators are currently testing the applications of these findings using animal models of other central nervous system (CNS) injuries such as spinal cord injury and multiple sclerosis.