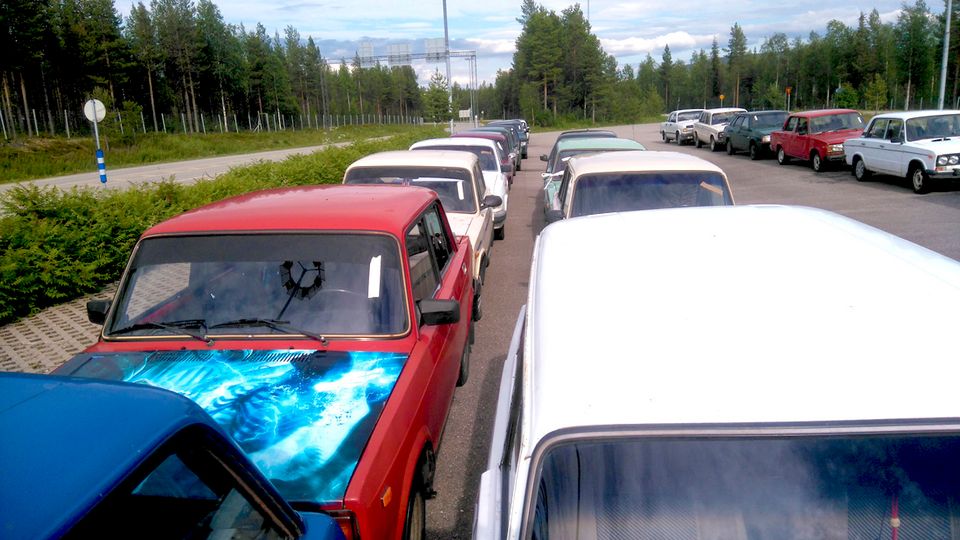 Asylum seekers’ Volgas and Ladas on the auction block

Over 100 old Russian-made cars driven across the northeastern Finnish border by asylum seekers and abandoned this past winter at the Salla border crossing point are to be auctioned off in mid-July. While for the most part rusty and barely able to run, some are models rare in the West and have aroused interest among collectors both in Finland and abroad.

The vehicles going up for auction include models of Lada, Volga and Moskvitch cars never imported for sale in Finland.

What’s locally being called “The Big Eastern Car Auction” in the parking lot of the Salla municipal administration building on the 15th and 16th of this month is expected to draw the media, collectors and the merely curious.

The cars, 130 of them, were bought in northern Russia and driven across the border by asylum seekers last winter. They were all were either seized by border authorities or abandoned.

Most of the cars are described as being in poor condition, but the lot going on the auction block includes a number of rarities of interest to collectors. According to Salla’s municipal manager Erkki Parkkinen, inquires have come in from around the country and from abroad. The auction will now be the centrepiece of a whole weekend tourism promotion event.

An announcement of the auction placed by the municipality on the Facebook page “SALLA – In the Middle of Nowhere” had 52,000 views during the first 24 hours.

The cars are being auctioned off by Finnish Customs which will publish a catalogue, online and in paper form, with photographs and item descriptions. Buyers will be responsible for applicable taxes and motor vehicle inspection, if they plan to put them on the road again.

Some of the Ladas going up for sale have been found to be “returnees” – cars originally imported for sale in Finland and resold to Russian buyers during the 1990s.