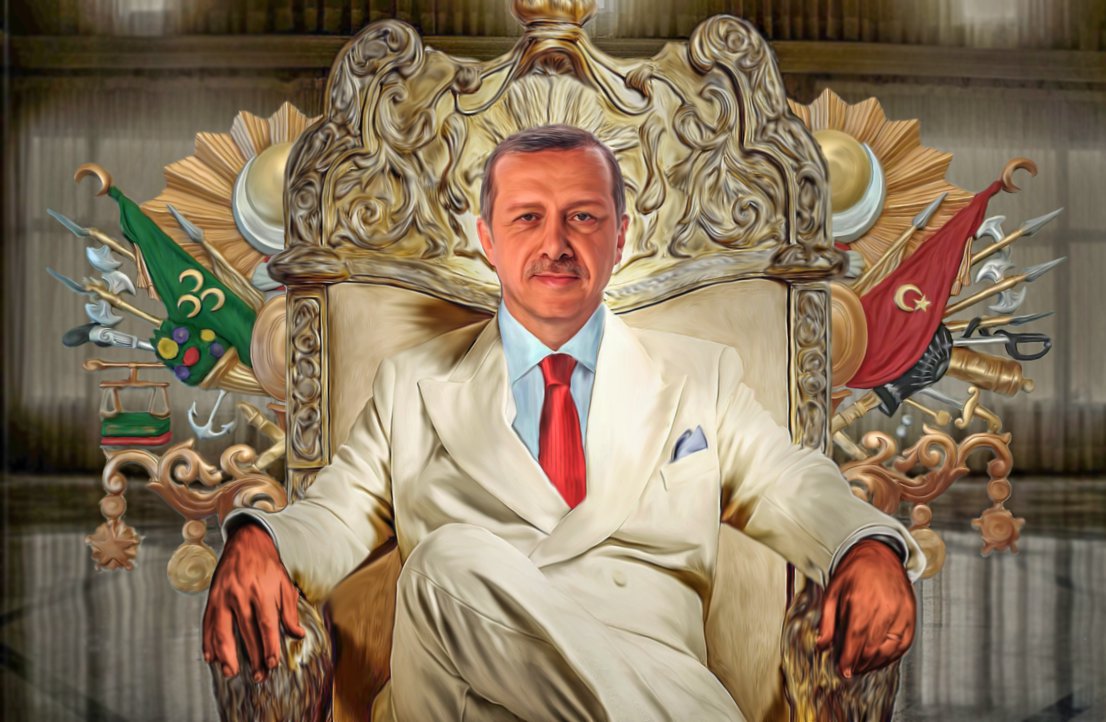 Sultan’s strange story: How well will Erdogan’s apologies turn out for Russia?

President of Turkey Recep Tayyip Erdogan has been chopping and changing over the last few days. The letter he sent to Moscow was his personal apology for the Russian warplane downed over Syria. Yet, inside Turkey, the administration keeps demonstrating “a firm stance.”

Sinan Ülgen, the head of the Istanbul-based think tank, Center for Economics and Foreign Policy Studies, says Ankara and Moscow interpret the letter so that it meets the expectations of the public. Generally, Ankara’s “uneasy gestures” have put the Kremlin in an awkward spot. The situation gets worse, as pro-Turkish forces are advancing in the north of Latakia.

In fact, the domestic rhetoric has not changed. Erdogan’s official representativeIbrahim Kalin said apologies and compensation are out of question, but a golden mean can be found to take into account the sensitive aspects of the sides. Economy MinisterNihat Zeybekci said expressing apologies diplomatically is quite different matter. The Turkish side feels no regret, just sorrow, he said.

Pro-governmental press about the invitation of Turkey’s representatives to the Black Sea Partnership Summit said they caught at the olive branch on the fly.

In other words, inside Turkey they have always demonstrated an iron firmness that the Kremlin will capitulate at the first opportunity.

Anyway, Erdogan and Putin had a very “warm talk,” and Gazprom responded quite enthusiastically to possible investments in Turkey’s gas transportation system.

However, Ankara is not in a good situation. Formally, Russia is not the biggest importer (only 3.9% versus the overwhelming majority of EU and U.S.), but Moscow’s sanctions affect a range of sensitive sectors. For instance, Russia accounted for 28.5% of Turkey’s agricultural export, about 10% of the coastal real estate. However, the key factor is tourism: 4.7% of GDP and 510,000 jobs. More than 2 million people are engaged in the tourism related sectors, which is 12% of GDP. In the meantime, the number of the Russian tourists has decreased by 80%, according to Turkey’s data, but Russia’s data are more feasible – 93%. Inflow of Italian tourists fell by 55%, the Japanese ones – by 42%, and the German ones – by 35%. The recent terror attacks on Ataturk Airport in Istanbul will make the situation even worse.

Furthermore, Turkey is experiencing a chronical deficit of the trade balance even amid low prices for hydrocarbons. As a result, the Turkish lira keeps devaluating (this affects the consumption and sparks a high inflation) amid tough monetary policy inhibiting the economic growth. The current rate of the Turkish Central Bank is 9%, which is not significantly larger than the one of Russia, though the latter suffers from oil prices and sanctions.

Eventually, the number of bankruptcies in Turkey may increase by 8% in 2016 amid 2.6% slackening of the GDP growth rate, which is an extremely bad indicator for Turkey (it is noteworthy that the population in that country keeps growing). Actually, the foreign policy tension caused by the Neo-Ottomans in Ankara turns out to be quite costly for the Turkish economy.

The prospects are even worse. A growth of the hydrocarbon prices without collapse of the global economy is inevitable. Now, they are overcoming the consequences of Brexit, which coupled with the slump of the tourist flows will inevitably affect the trade balance. Investments will be falling with growing terror threats and outflow of capital from the developing markets. After all, Brexit cost $179 billion to the developing economies.

In addition to that, Erdogan has little place to maneuver. Supporting Kurds in the north of Syria, U.S. helps Erdogan fight the Kurdish rebels inside Turkey. However, that help does not go beyond providing intelligence data. In Washington they do not shake Erdogan’s hand in public. For obvious reasons, about ten thousand killed Kurds are more important for the White House rather than ten thousand of the killed people in Donbass.

The situation with the EU is even worse. The deal made in March to lift visa requirements for Turkey and provide several million euros in exchange for stopping the wave of refugees “caused by Russia’s intervention” (an open blackmail) was terminated this May. On May 11, after Turkey passed counter-terrorist laws, European parliamentarians suspended the discussion of the visa-free regime for Turkey recommended by the pro-Berlin European Commission. Martin Schulz, President of the European Parliament, traditionally recalled the 72 criteria that Turkey fails to implement.

Merkel whose rating keeps falling has supported Schulz and warned against “heavy consequences” of the law depriving the Kurdish parliamentarians from their immunity. In response, Erdogan promised to break the migration deal. As a result, on June 2, Bundestag approved a resolution commemorating the victims of the Armenian Genocide in the Ottoman Empire.

Finally, the EU suddenly disclosed Erdogan’s military crimes against Kurds. Although many think the West is taking revenge for the restoration of the relations with Russia, it is rather a revenge for Ankara’s blackmail. The rebellion of Kurds was suppressed “in keeping with the best traditions” of the Turkish army. Similarly, Davutoglu was dismissed due to the crisis in the relations with the European Union. The ex-prime minister managed to combine Neo-Ottomanism and the pro-European orientation.

In such situation, Moscow has made true the predictions of the Turkish press too quickly. The Turkish Stream is important, indeed, but Erdogan will sell everything he can for the West’s support, while the Kremlin will traditionally “cheat” and will do it rather cynically and quickly, given Ankara’s behavior.