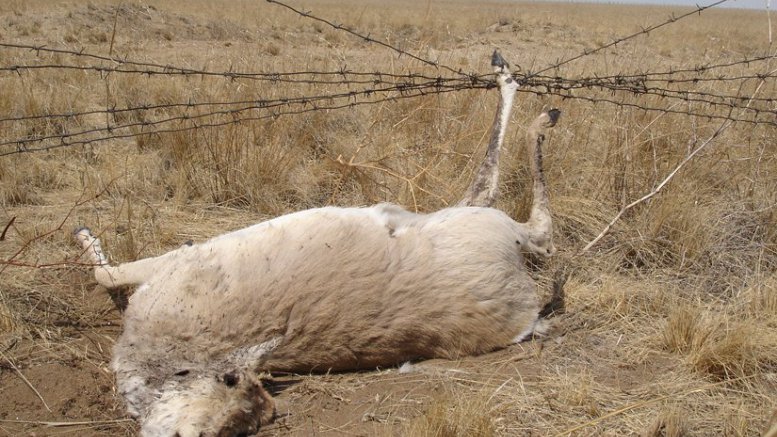 Between 25,000 and 30,000 kilometers of wire fences and walls surrounds the borders of many countries in Eastern Europe and Central Asia. This is killing wildlife that becomes entangled and acts as a barrier to wildlife movements, cutting species off from important seasonal habitats. The long-term consequences are a lower viability of wildlife populations, and a reduction in their ability to respond to climate change. This situation forces a re-think of transboundary conservation strategies.

When the Iron Curtain fell in the early 1990’s it seemed that a borderless world had arrived. In addition to allowing the flow of people, this new situation allowed wildlife to pass across borders. The strategy of transboundary cooperation in wildlife conservation spread across Eurasia. The idea was to benefit from the newly opened borders and improved spirit of cooperation to develop plans for countries to pool their efforts and work together to conserve wildlife.

However, following 9/11 there has been a dramatic change in geopolitics following the worsening of the security situation in many countries. Many nations have begun to erect new border security fencing to hinder the flow of terrorists, drug-smugglers, foreign armies and refugees. Existing fences have also been reinforced. The result has been a dramatic reduction in the permeability of borders for wildlife, as well as people.

The issue has been mentioned in a few specific case studies, but no overview has been produced, until now. A team of 18 researchers from institutions based in 10 countries have pooled their experiences and reviewed diverse sources of fragmented but publicly available data to generate the most up-to-date overview of border fences across Europe, the Caucasus and Central Asia.

Their main finding is that between 25,000 and 30,000 kilometers of fencing surrounds the countries of the region, and that more is being added all the time. Although not included in our study, similar fences are even more prevalent in the neighboring countries of the Middle East.

These fences represent a major barrier to the movement of wildlife, especially migratory large herbivores like saiga antelope, Mongolian gazelle, Asiatic wild ass or red deer and large carnivores like brown bears, leopards, snow leopards and lynx. There are examples of individuals dying after being entangled in wire when trying to cross. However, a far more serious problem occurs when fences obstruct the movements of animals that are trying to reach seasonally important habitats or escape from unpredictable winter weather. In the worst cases, this can result in large numbers of animals dying of starvation.

At best, it results in a fragmentation of populations and a reduction in their long-term viability. The implication is that the whole idea of transboundary conservation needs to be reconsidered in some areas, and the permeability of borders to wildlife cannot be taken for granted.

Luckily, there are several measures that can mitigate the worst impacts. It is possible to open some fence sections in seasons when migratory herds need to pass. It is also possible to leave some strategic sections open, and adopt other security measures to monitor these gaps. There are also a range of fence designs that reduce the risk of animals becoming entangled, and may even permit the passage of some species.

In order for these measures to be taken into effect there is a need for wildlife conservationists to engage with government agencies responsible for border security to try and find designs and locations of border fences that minimize undesired environmental impacts. There is also a need for an open public debate about border fences to ensure that the decisions to build them are based on a full consideration of the costs and benefits of fences versus other alternative strategies.