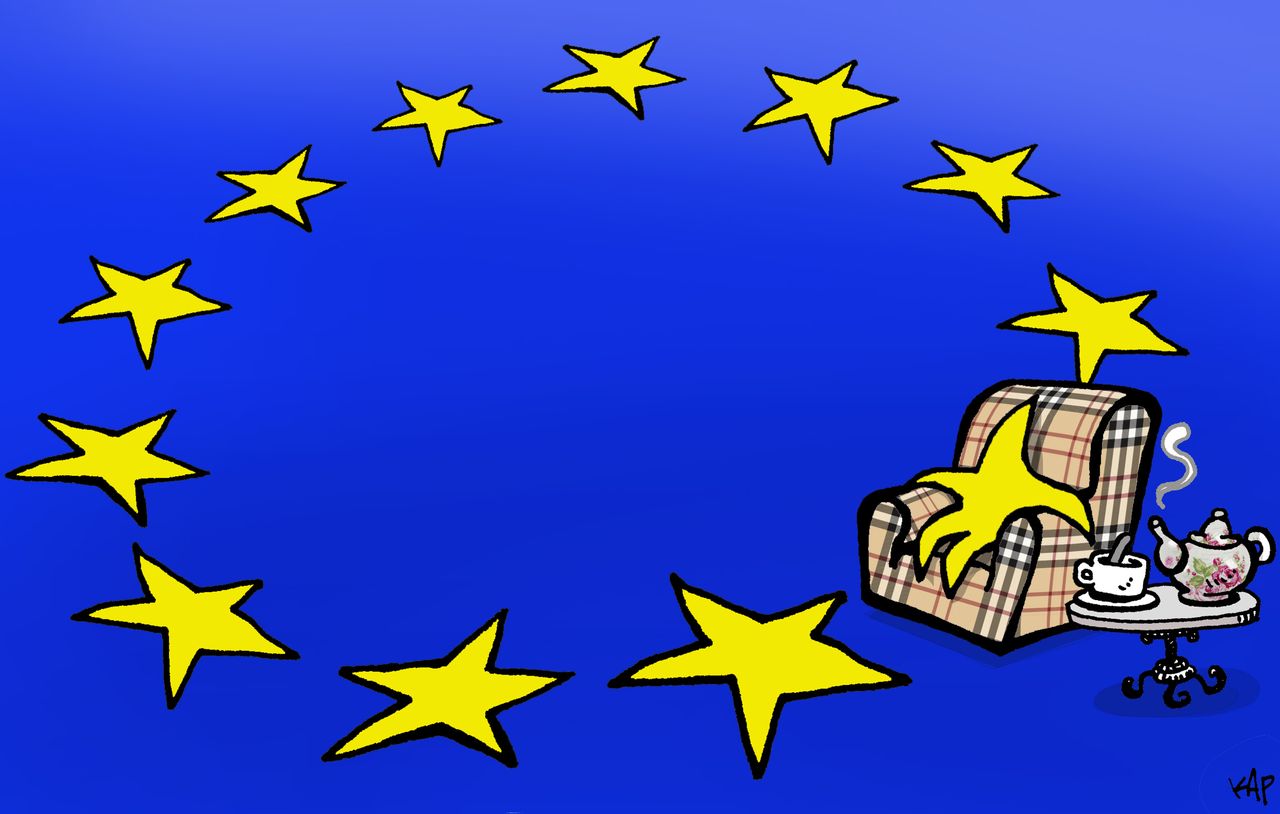 Britain is heading for an economic disaster and Chinese investors have already pulled investments in the wake of Britain’s vote to exit the European Union, Richard Branson, the boss of Virgin Group said.

The billionaire entrepreneur said his airline-through-finance group had canceled a “very big” deal since the vote which would have involved some 3,000 jobs.

He also said some Chinese businesses were now reconsidering their business strategy in Britain. Several top economists, including at Goldman Sachs, say the referendum decision could trigger a recession within the year.

A British flag and an EU flag are seen in front of a monitor displaying a graph of the Japanese yen’s exchange rate against the U.S. dollar at a foreign exchange trading company in Tokyo, Japan, June 27, 2016.

“I met with a group of Chinese businessmen yesterday morning who have invested heavily in England and who are now going to stop investing and withdraw investments they’ve already made,” Branson told the Guardian newspaper.

Branson’s comments came as other business leaders spelt out the impact of turmoil in global markets and the collapse in sterling. The pound fell to a 31-year low against the dollar following Friday’s vote, but has recovered slightly.

Warren East, chief executive of Rolls-Royce, Britain’s biggest manufacturer, told a conference organized by the Times newspaper on Tuesday that while day-to-day operations would not be affected, a lack of visibility was the company’s biggest challenge.

“The uncertainty will last years, not months,” he said.

Rolls Royce, which supplies aircraft engines to Boeing and Airbus, generates two-thirds of its revenue outside of the 28-member bloc.

“The implications for jobs in the short term are serious,” he said, adding that it could take 10 years for Britain to renegotiate new trade agreements.

OPPORTUNITY KNOCKS Other CEOs stressed the collapse of valuations and the fall in the value of the pound would open up new avenues.

Guo Guangchang, the billionaire co-founder and chairman of Fosun Group, China’s biggest private conglomerate which owns a stake in British travel company Thomas Cook, told Reuters that the group’s interest in investing in Britain and Europe had increased in the wake of the British referendum.

“Volatility is a friend not an enemy. Market volatility and panic will probably bring better investment opportunities. So we are increasingly looking for development opportunities in Europe and particularly in the UK,” Guo said.

A weaker pound could benefit some, with online grocer Ocado saying it could help it secure a long-awaited overseas licensing deal and spell an end to food price deflation which has held back sales for British supermarket chains. Dido Harding, chief executive of mobile operator TalkTalk , struck a note of defiance: “What doesn’t kill you makes you stronger. I refuse to be doom and gloom.”

Gavin Patterson, chief executive of BT , however, said some British businesses would fail. “I see this as a moment of opportunity there are going to be businesses that don’t make it through this ,” he said.