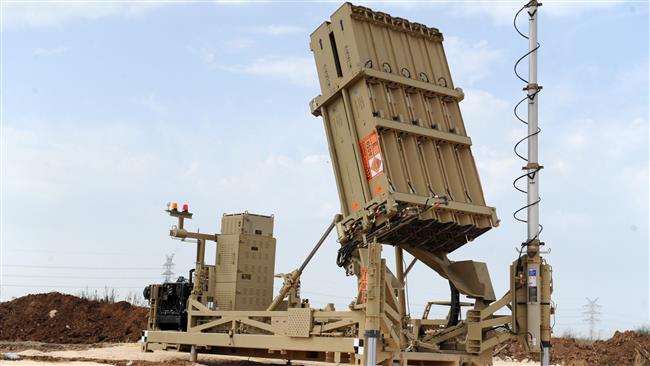 US to deploy Israeli missile system on Russian borders: General

The US military has tested an Israeli short-range missile for possible use in its European network of missile systems to deter Russia, says a US Army general.

Major General Glenn Bramhall of the US Army’s Air and Missile Defense Command  made the comments on Monday, as he visited the occupied Palestinian territories.

Bramhall said his units needed a reliable system to counter less powerful missile threats as a third tier beside the Army’s array of midrange Patriot and THAAD missile systems.

“Patriot and THAAD are great systems that do what they were designed to do. But I don’t think we would want to waste a Patriot or a THAAD missile on something that can be affected by something that’s lower cost and is actually designed for that job itself,” the general told Reuters.

For that purpose, he said the US military has test-launched a variant of the Israeli “Tamir” rocket which is incorporated to the Tel Aviv regime’s so-called Iron Dome missile system.

Jointly manufactured by American and Israeli firms, each Tamir battery, consisting of a radar unit, missile control unit, and several launchers, is worth $50 million, with each missile costing about $100,000.

“I think we are looking at something that is similar to Iron Dome. We have looked at the Tamir as a possible missile,” Bramhall said. He was due to inspect an Iron Dome unit on Tuesday.

Elsewhere in his remarks, the American general noted that the Israeli missile system is being considered mainly as a deterrent against what he called Russia’s military buildup in Europe.

“With all that is happening in Europe, especially the fact that Russia has really awakened itself and has really decided to rebuild its military and is really posing a threat, we are looking at how we can do the multi-tiered defense,” Bramhall said.

Military tensions between Russia and the US further heightened in May, when American and NATO officials activated a land-based missile system in Romania, despite Russia’s warning against US-led arms deployments near its borders.

The missiles’ activation marked the penultimate step in the completion of a missile shield, which Washington proposed nearly a decade ago.