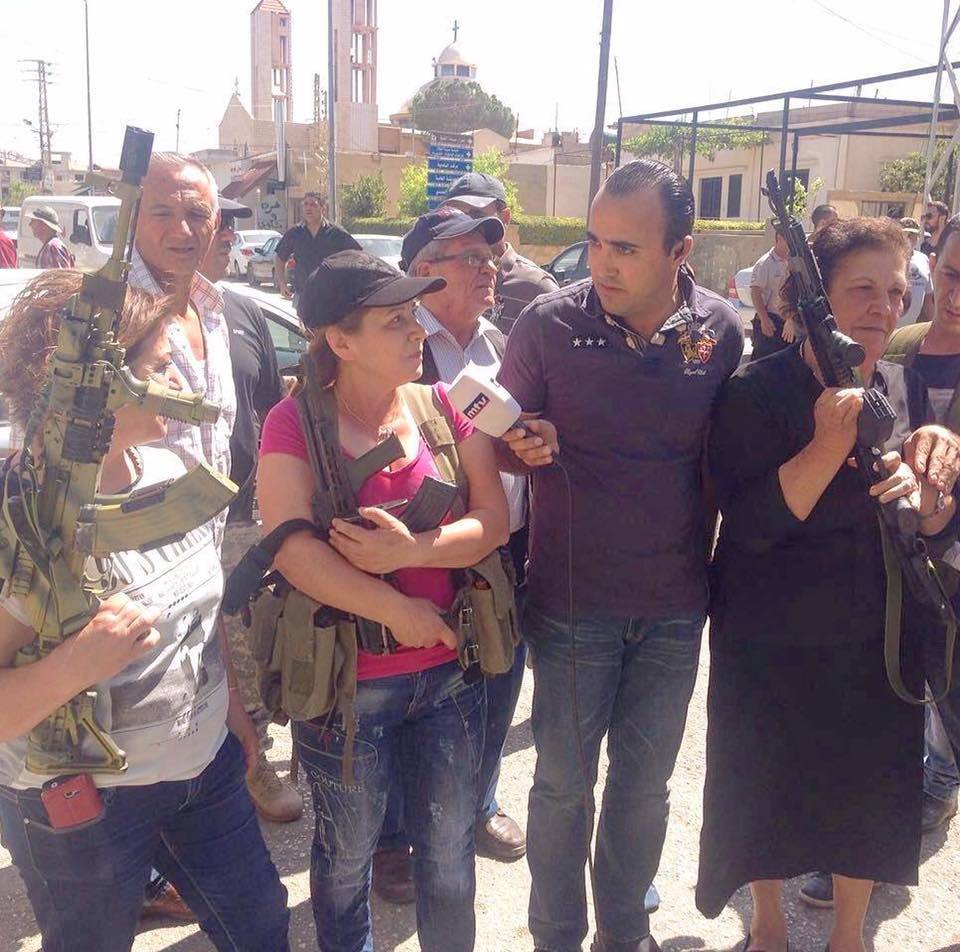 Yesterday was a sad day for Lebanon. Five people were killed, and at least 15 people have been wounded in multiple suicide attacks that took place in Qaa- a Lebanese village on Lebanon’s border with Syria. As residents were preparing for the funerals of victims of  the multiple suicide attacks, four suicide bombers blew themselves up outside a church. Everyone condemned that brutal act, but this incident sparked a racism controversy, that is still prevailing in Lebanon. While everyone is busy posting bold points of view on social media, the Lebanese Cabinet held a session at the Grand Serrial.

Lebanese Prime Minister, Tammam Salam said at the beginning of the Cabinet session that “the country needs a national alert and not a sectarian one.” The PM added that Qaa’s incident was not a surprise as the Army and security apparatuses were expecting terrorist acts.

“The nature of the bombings and the number of suicide bombers may be new and different in the confrontation of terrorism. Terrorism does not differentiate between regions and sects. Today terrorists are targeting a Christian area and yesterday they have targeted areas of other sects,” he confirmed, asking the Lebanese to stay away from self-security.

Qaa is a predominantly a Christian village, near the was-ravaged Syria. It has been shaken with violence since Syria’s conflict erupted in 2011.The first attack that took place yesterday came after the “Islamic State” group  (ISIS) on Sunday claimed responsibility for a suicide bomb that killed seven soldiers on Jordan’s border with Syria.

At least four suicide bombers hit the village before dawn, a military source told AFP. “The first attacker knocked on one of the homes in the village, but after the resident became suspicious, he blew himself up,” the source said. He said three other suicide attackers detonated their own explosives as people began gathering to treat the wounded.

Security forces had cordoned off the site of the blasts, which lies on a main road linking the Syrian town of Al-Qusayr to Lebanon’s eastern Bekaa valley. The road cuts through a residential area in the centre of Al-Qaa, and the explosions took place less than 100 meters from the village church.

“Gateway to the rest of Lebanon

“Al-Qaa is the gateway to the rest of Lebanon, and here we stopped a plan for a much bigger explosion,” said Al-Qaa mayor Bashir Matar. He confirmed that the second and third suicide attackers detonated their explosives “as people gathered to treat the wounded.”

“We chased the fourth attacker and shot at him, and he blew himself up,” Matar said, adding that five villagers had been killed in the attack.

Sound of Fighting near the border

George Kettaneh of the Lebanese Red Cross told AFP the blast had left “at least eight killed including three suicide bombers.” He said 15 other people were wounded, including some in critical condition.

A statement from Lebanon’s army said at least four soldiers were wounded in the string of attacks, which the country’s national news agency reported took place at 10 minute intervals.

Resident Fadi Bsherrawi said he woke up when he heard the first blast, but went back to sleep thinking it was just fighting near the border. “I really woke up to the sound of the second attack,” he told AFP.

He spoke with neighbours after the attack who told him that one Muslim resident was having a morning meal before beginning his day of fasting for Ramadan when he saw a strange group of men outside.

“He went outside to talk to them and they wanted to stir things up. So his son fired on them with a hunting rifle” before the explosions started, Bsherrawi said.

Local paramedics began to arrive after the first suicide attack. “One rescue worker who was trying to carry a wounded man was killed when the second terrorist suicide bomber came,” he said. “We have guards all the time. The village is always ready and people are on edge,” he added.

Blasts Rarely Include more than one attacker

Suicide blasts in the area have typically targeted checkpoints or military installations and rarely include more than one attacker. But blasts in densely-populated areas in Beirut throughout 2013 and most recently in November have been much deadlier.

On November 12, more than 40 people were killed in twin suicide bombings claimed by the Islamic State group in a southern Beirut neighborhood.

IS late Sunday claimed responsibility for a blast earlier this week that left seven Jordanian soldiers dead and 13 others wounded, according to the jihadist-linked news agency “Amaq”.

Lebanon’s army has fought off jihadist factions along the frontier and has sought to clamp down on local cells operating in the area.

In August 2014, the army clashed with the “IS” and “Al-Nusra Front”, “Al-Qaeda”‘s affiliate in Syria, in the border town of Arsal.

The above picture is striking. You might have been staring at it every now and then while reading this article. It was posted by the Lebanese TV channel “MTV” on Twitter, and it is part of a report highlighting the armed women walking in their village- Qaa, after the suicide bombings.

Unfortunately, most of the Lebanese do not feel that their country is secure, and most of them were surprised that the Minister of Interior Nohad Mashnouq did not comment on the incident immediately, and not even after several hours the “barbaric” incident took place.

On social media, all one could see was a racism controversy, the Lebanese are still occupied with until the moment. While some people defend their opinion on being “racist” by saying that “Not all Syrian refugees are innocent, and many terrorists might be hiding in refugee camps”, others were insisting that “Terrorism has no nationality”, and that “the Head of Qaa Municipality’s decision to impose a curfew on Syrian refugees should be stopped, because its inhumane.”

Bold opinions flooded “Facebook” and “Twitter”, and some citizens, and  journalists had no problem in announcing that they support the curfew on refugees. Others were totally against any racist talk, but they were getting attacked for their “humanitarian” views. Marcel Ghanem, a renowned Lebanese journalist, did what many colleagues chose to do as well, by not being biased, and by talking about the martyrs only.

While all this was happening, we saw a “human” picture by Yorgui Teyrouz, Founder of “Donner Sang Compter”, an organization raising awareness on blood donation.

It would be great if this picture cuts the racism controversy, especially that it mentions in the caption that “Syrian workers in a building near the mobile blood donation bus came to ask if they can donate blood for Qaa victims, who are in a huge need for it at the moment”.

Other photos on social media that drive optimism for a better tomorrow include one posted by Ali Sbeity, who mentioned that he has undergone a “basic cardiac life support” training by the Red Cross, and has 2 years of experience in this regard. Sbeity mentioned that he is ready to help the relevant authorities in any medical care which might be needed.

The Lebanese have been suffering from bombings in different regions in their country since many years, while the racism controversy prevails, one thing stay: Everyone wants security in Lebanon, and in the region. How will all their “series of violence” end?….