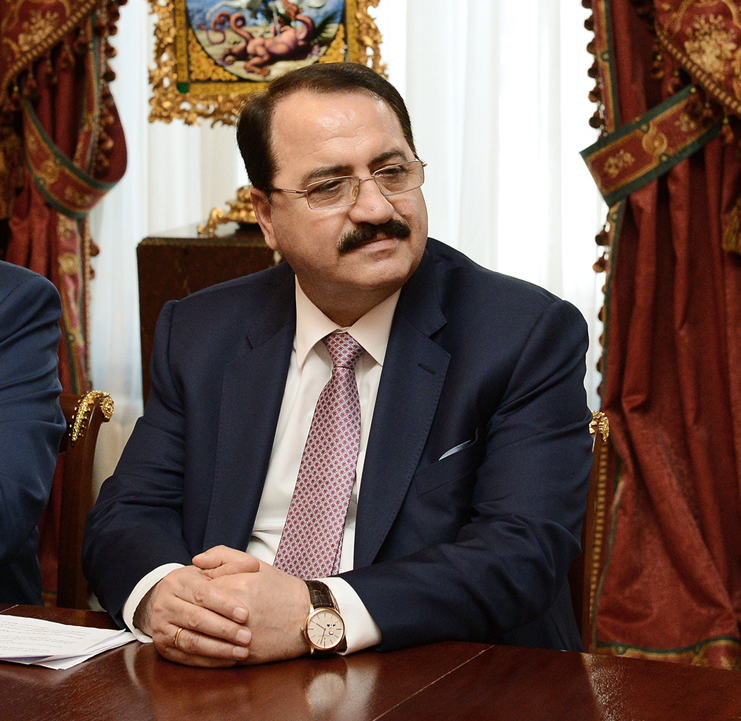 A group of Syrian students hold an entertaining camp in Russia

Syrian Ambassador in Moscow Riad Haddad affirmed on Monday (June 27) that the whole world became confident terrorism can’t be treated except by striking it, adding that priority is now for combating terrorism and defeating it.

“Russian friends have stood by Syria internationally and regionally, and the Syrian and Russian blood has mixed in Palmyra and other regions, Ambassador Haddad said during a celebration held by the Syrian Embassy in Moscow to honor members of Syrian students delegation of sons and daughters of martyrs who spent some days in the national and military education camp “brothers in fighting” in the suburbs of Vladimir city.

He added that the visit of Syrian students to Russia is very important as it acquires great meanings, most importantly is Russia’s support to the Syrian people in their war against terrorism, thanking the Russian leadership and people for the aid they offer to strengthen Syria steadfastness.

The Syrian students held a camp during the last days where they run sport and training activities, interacting with their Russian friends.