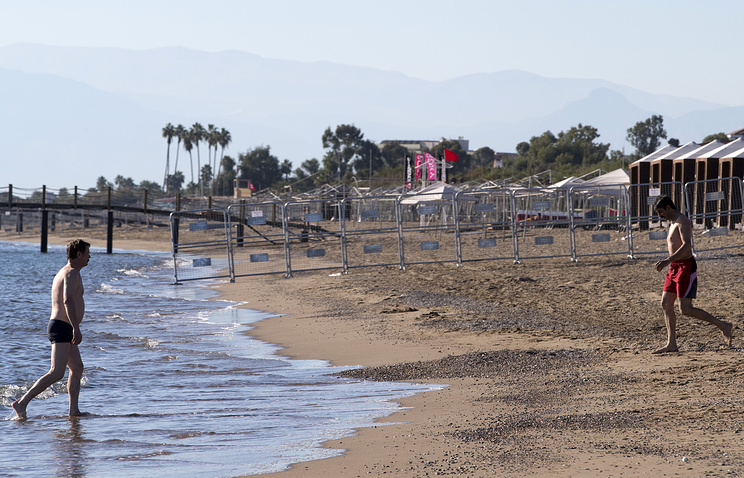 The apologies of Turkey’s President Recep Tayyip Erdogan for downing of Russia’s Sukhoi Su-24 will favor the permission of the Russian authorities to reopen the tourist exchange between the countries, press secretary of the Russian Union of Tourist Industry Irina Turina said in an interview with the Govorit Moskva radio station on Monday (June 27).

“We even screamed with joy, as in fact the Russian market lacks Turkey very much… All tourists and agencies suffer a lot from lacking offers for Turkey,” she said. “No other destinations may compete with Turkey in the price-quality ratio and in the level of service. We hope now for a decision towards opening Turkey.”

The press secretary said the industry could resume chartered flights within a month, “and first flights may be ready to go in a week or two.”

Earlier on Monday, the Kremlin press service said Russian President Vladimir Putin has received a message from Turkey’s President Erdogan where the Turkish leader expressed his readiness to settle the situation over the downing of the Russian warplane.

According to the Kremlin, the message notes that Russia is Turkey’s friend and strategic partner the Turkish authorities don’t want to upset relations with. “We have never had a deliberate plan to shoot down a Russian plane,” Erdogan reportedly said in his message.

“Having assumed the risks and exerted great effort, we recovered the body of the Russian pilot from the Syrian opposition to take it to Turkey,” the message said as quoted by the Kremlin press service. “Pre-funeral procedures were organized in conformity with religious and military procedures. And we did it all at a due level.”

Erdogan offered his deep condolences to the family of the killed Russian pilot. “I am saying, ‘I am sorry.’ I share your grief with all my heart. We consider the family of the Russian pilot as a Turkish family. We are ready for any initiative in the name of easing the pain and gravity of the damage we have done,” the document says.

The Turkish president said in his message that a Turkish citizen suspected of complicity in the death of the Russian Sukhoi-24 bomber’s pilot is under investigation.

On November 24, 2015, a Turkish F-16 fired an air-to-air missile, slamming into a Russian Sukhoi Su-24 bomber at the altitude of 6,000 meters and roughly one kilometer from Turkey’s border. Later, the Russian Defense Ministry specified the Su-24 was downed when it was returning to the Hmeymim airbase in Syria.

“Objective control data analysis explicitly demonstrated that there was no violation of Turkey’s airspace,” the ministry said. However, Turkey’s General Staff claimed that the Turkish fighter jet had shot down a plane that violated the country’s airspace. A statement circulated by the Turkish military said the plane’s crew had received ten warnings in five minutes.

The crew managed to eject from the aircraft, but one of the two pilots was killed by gunfire from the ground. The second pilot was rescued and evacuated to the base.