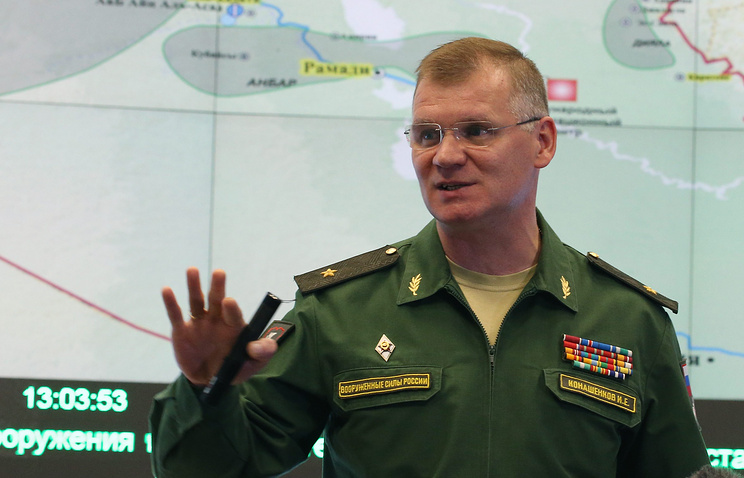 Western publications about a threat, which they claim is coming from Russia, are to persuade taxpayers in NATO countries to spare easier assets for covering expenses of the US military in Europe, spokesman of the Russian Defense Ministry Major General Igor Konashenkov told reporters on Monday (June 27).

This, the defense ministry’s press service said, is how he commented on an article published in Foreign Affairs, which was written by former commander of NATO’s forces in Europe, Philip Breedlove, who wrote “Russia poses an enduring existential threat to the United States, its allies, and the international order.”

“Like we have warned, with the approaching NATO Warsaw summit (July 8), which is expected to decide on deployment along the Russian borders of four battalions, the number of Russophobian shouts from ‘political retirees’ in the west would be only growing,” the spokesman said. “Let me say once again, the purpose of all these attacks is to persuade NATO countries’ taxpayers to spare easier their assets for deployment and covering expenses of first of all American military in Europe.”

Publishing of a “rather perfunctory Russophobian essay” by Breedlove is a clear demonstration quite soon the general will change his status to a “cold war retiree,” the spokesman said.

Earlier, Konashenkov called ‘intimidation,’ when “retirees of the Cold War, such as Michael McFaul [the U.S.’ former ambassador to Russia], Victor Ashe [the U.S.’ former ambassador to Poland] or Wesley Clark [NATO’s former Supreme Allied Commander] rise from oblivion with paranoid slogans about the revival of the ‘evil empire’ and sharpy’s calculations how long NATO could resist before being completely smashed by the Russians.” And such statements, in his words, are immediately cited by the West’s leading mass media as “indisputable truth.”

Earlier reports said NATO plans to deploy four multipurpose battalions in the Baltic States and in Poland. The summit in Warsaw is expected to make a final decision on the strength and structure.