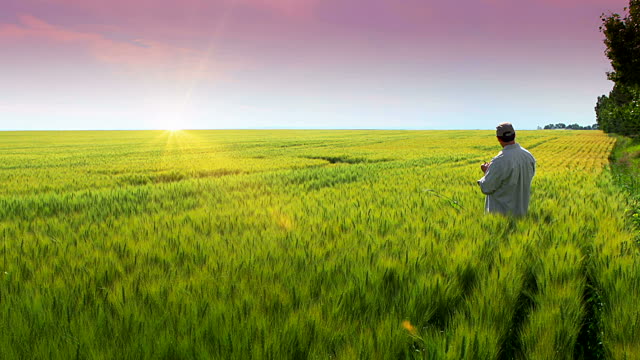 Mysterious enzyme does damage control, can help with health, environment

A previously mysterious family of enzymes removes abnormal versions of some very common chemicals found in all life forms, opening many possibilities for health and agricultural applications, a University of Florida Institute of Food and Agricultural Sciences researcher says.

Known to scientists as DUF89, the enzymes are found in the cells of bacteria, fungi, plants and animals. Now that researchers know what the DUF89 enzymes do, they can work with these enzymes to help biomedicine and crop science, said UF/IFAS eminent scholar Andrew Hanson. For example, researchers could engineer more efficient production of biofuels, feedstocks and pharmaceuticals, he said.

On the health front, scientists can better understand how to treat hereditary diseases and perhaps some cancers, Hanson said. As for agriculture, Hanson said scientists can equip crops with enzymes like DUF89 to deal with damaged chemicals formed during the production of novel biofuels.

Until now, scientists did not know the function of the DUF89 enzyme family. But in a newly published study, researchers from UF/IFAS and the University of Toronto found that DUF89 enzymes get rid of abnormal versions of phosphate esters — some of life’s building blocks — in plant, animal and bacterial cells.

As Hanson talks about the new research, he describes cells as “micro-factories” that make the chemicals of life, such as sugars, amino acids and fats. The biochemical machinery used by cells to metabolize is productive and precise, but not perfect, he said. Mistakes in metabolism lead to abnormal chemicals being made, he said.

“This is always a wasteful process, and sometimes a dangerous one because some abnormal chemicals are harmful, and they damage cells,” Hanson said.

To fight this damage and waste, all cells come equipped with systems, like DUF89 enzymes, to remove and recycle abnormal chemicals. These systems are vital to human and animal health, crop productivity and to the micro-organisms now being used to create what is known as the “bio-based economy,” Hanson said.

Such an economy would include replacing oil-based fuels and chemicals with biomass-based ones. For example, you can use microbial fermentation to make ethanol or diesel from biomass, he said. It also involves replacing environmentally unfriendly chemical processes with environmentally friendly ones, Hanson said. For example, you can use microbes instead of chemistry to make chemical feedstocks or pharmaceuticals.

The study appears online in the journal Nature Chemical Biology.

Source: University of Florida Institute of Food and Agricultural Sciences