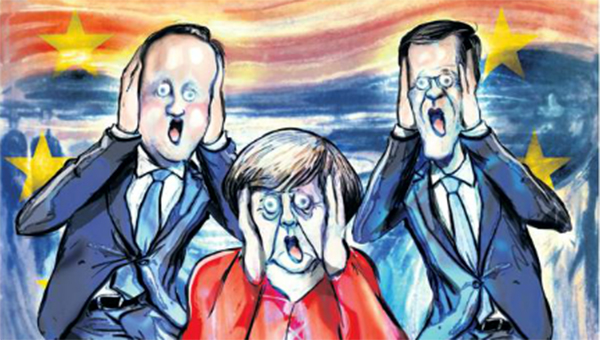 German Chancellor Angela Merkel meets Italian Prime Minister Matteo Renzi and French President Francois Hollande on Monday (June 27) to discuss the fallout from the British unprecedented vote to leave the European Union. Meanwhile, US Secretary of State John Kerry visits Brussels for a meeting with his EU counterpart Federica Mogherini, and then he is on to London for meetings with the outgoing Government.

These meetings are held ahead of the planned emergency summit of the 27 remaining EU member states called by European Council President Donald Tusk. Tusk moved to paper over the earlier meeting of Foreign Ministers of the six founding member states – Germany, France, Italy, Netherlands, Belgium and Luxembourg, which was met with concern from the other member states who fear being left on the sidelines in the coming important debate.

The issue at hand is whether to begin debates with the United Kingdom before London has officially asked the European Union to begin so-called Article 50 procedures, which would notify Brussels that the member state is stepping out of the Union. UK wants to take some time before invoking Article 50, while France and some German leaders, as well as EU officials seem to be more in a hurry to see Britain take this step and add clarity in the situation. British Prime Minister David Cameron announced both his upcoming resignation and his decision to leave invoking Article 50 to his successor who will be appointed no later than October.

Meanwhile, the British pound and stock markets around the world continued to register losses. The pound dropped to 1.34 toward the dollar, its lowest level since 1985.