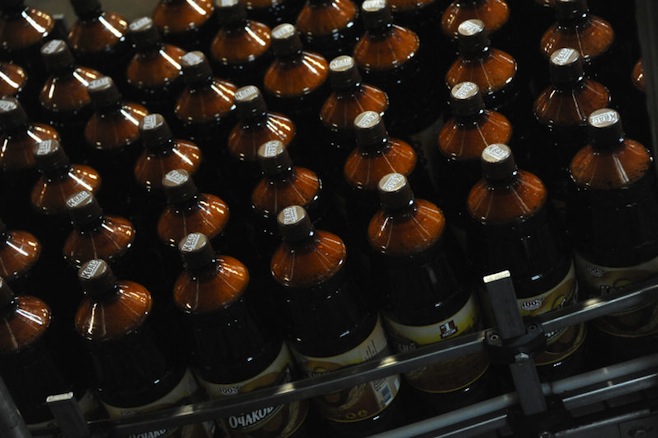 Russian President Vladimir Putin has signed a bill banning the production and sale in Russia of beer in plastic bottles larger than 1.5 liters, the RBC news website reported Friday (June 24).

The bill was passed by the State Duma in early June, and bans the production of such bottles from Jan. 1, 2017 onwards. Sales will be banned from June 1, 2017.

Initially, the law would have banned bottles over 0.5 liters, but was changed after written complaints to the Kremlin from beer distributors in Russia, such as Carlsberg and Heineken. The bill’s author Mikhail Tarasenko called this a compromise.

More than half of all beer in Russia is sold in plastic bottles because it is cheaper than glass, and sales of bottles affected by this bill account for 20 percent of all beer sales.

This puts pressure on brewers, whose business in Russia has been harmed already by the economic crisis, restrictions placed on advertising, and state-levied excise taxes. Making the switch to glass and downsizing will be costly and likely drive the price of beer even higher.

This law is one of many recent measures adopted by the Russian government to curb the country’s overall alcohol consumption. There is a country-wide ban on sales of alcohol in stores after 11 p.m., and the minimum price of 0.5 liters of vodka was raised this month to 190 rubles ($3).

The challenge for the government now lies in cracking down on counterfeit alcohol, which some Russian companies produce and sell for cheap, and on alternatives, with some Russians drinking dual-use products like cologne and making their own moonshine.

Russia’s Health Ministry says that over the past five years, Russian alcohol consumption has decreased by as much as one third, with people spending less money on alcohol and more on food.