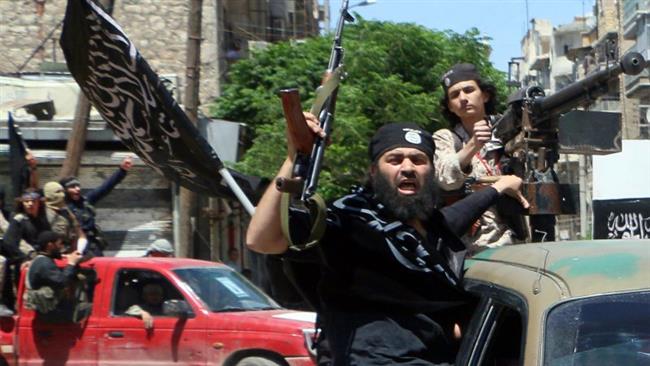 Russia says al-Qaeda-affiliated Nusra Front militants continue shelling residential neighborhoods in the Syrian city of Aleppo despite a “regime of quiet” being in force.

“Groups from the Jabhat al-Nusra international terrorist organization keep trying to disrupt the cessation of hostilities,” the Russian Center for Reconciliation of the Opposing Sides in Syria said Wednesday (June 22).

The center said the terrorists had used multiple rocket launchers and mortars to pound populated  districts of Handrat, Sheikh Maqsood, al-Khalidiyah and the al-Nayrab airport in Aleppo in the past 24 hours.

Nusra Front militants also shelled residential areas in the al-Fu’ah town in the Idlib province, al-Wata in Latakia Province and Haush-Kharabu, Blelie and Marj Sultan districts near the town of Mazaraat Kaukaab in Damascus Province.

A ceasefire brokered by the US and Russia went into effect on February 27 in Syria, but it does not apply to Daesh and al-Nusra Front terrorist groups.

On Wednesday, a London-based monitor said at least 25 civilians, six of them children, had lost their lives in a series of airstrikes against the northern Syrian city of Raqqa.

The so-called Syrian Observatory for Human Rights said dozens more were wounded, some of them critically, in the Tuesday aerial attacks.

Fresh airstrikes targeted Raqqa on Wednesday, and one of them struck the town hall, the observatory said. The assaults, it said, were apparently carried out by the US-led coalition.

Raqqah, on the northern bank of the Euphrates River, was overrun by Daesh terrorists in March 2013, and was proclaimed the center for most of the terrorists’ administrative and control tasks the next year.

Since September 2014, the US has been conducting airstrikes against what are said to be Daesh targets inside Syria without any authorization from Damascus or a UN mandate.

The strikes have allegedly targeted and killed civilians in many cases, while they have largely fallen short of weakening Daesh.