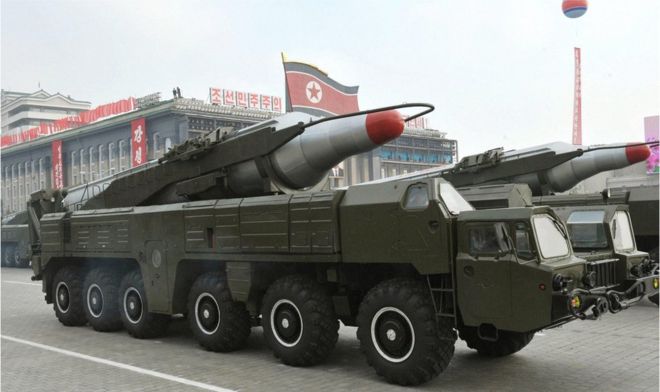 “We’ve agreed to cooperate closely at such occasions as U.N. Security Council meetings.”

North Korea launched what appeared to be an intermediate-range missile on Wednesday to a high altitude in the direction of Japan before it plunged into the sea, military officials said, a technological advance for the isolated state after several test failures.