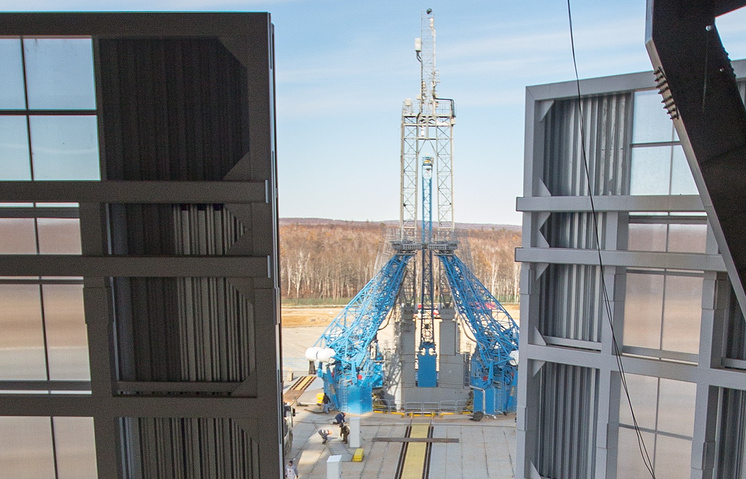 The first phase of construction work at the Vostochny cosmodrome must be completed by October 31, 2016, Deputy Prime Minister Dmitry Rogozin told TASS.

“I’ve made a decision to demand the contractor Spetsstroi should mobilize all resources to finalize all semi-finished facilities by October 31,” he said, adding that he was referring to all facilities expected to be completed under the first phase, and not just the minimum required for launching space rockets. “In fact, we are to achieve the pace of construction we had in 2015.”

“I’m very critical of the customer and the contractor for getting too lax after the first launch,” Rogozin said. “Many thought that this is about all and construction work slowed down. I had to hurry both in the harshest way.”

The first launch of the Soyuz-2.1a space rocket from Vostochny was originally scheduled for 05:01 of April 27 Moscow time. The automatic control system canceled it at the very last moment. A faulty cable proved to blame. The launch was carried out the next day.

Rogozin, who oversees the space industry, the head of the corporation Roscosmos Igor Komarov, and the general director of the cable’s manufacturer, Leonid Shalimov, were disciplined. Shalimov later resigned of his own accord.