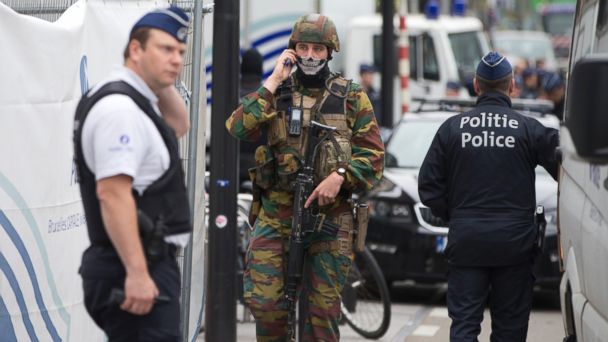 A man with a fake suicide belt was arrested after a bomb scare at a shopping centre triggered a major antiterror operation in central Brussels on Tuesday (June 21), federal prosecutors said.

Belgium remains on high alert after ISIL-claimed bomb attacks in March left 32 dead at the airport and on its metro.

Tuesday’s incident began at about 6.30am after a report of a man acting suspiciously near the City 2 shopping centre set off a bomb alert.

“The situation is for now under control. We remain vigilant,” prime minister Charles Michel said after an emergency meeting of his security cabinet.

A bomb squad team was immediately deployed at the shopping centre, one of the main retail hubs of the capital.

“No bomb has so far been found. The suicide vest found on a suspect was fake,” the Brussels prosecutors office said.

Only one exit remained open at the nearby Rogier metro station, where soldiers checked passengers bags and belongings.

Prosecutors charged the three men, named as Samir C, Moustapha B and Jawad B, but released nine others after questioning.

The areas searched included neighbourhoods in Brussels where November’s terror attackers in Paris and the Brussels suicide bombings had planned their assaults.

Authorities said at the time they were responding to a need for “an immediate intervention”.