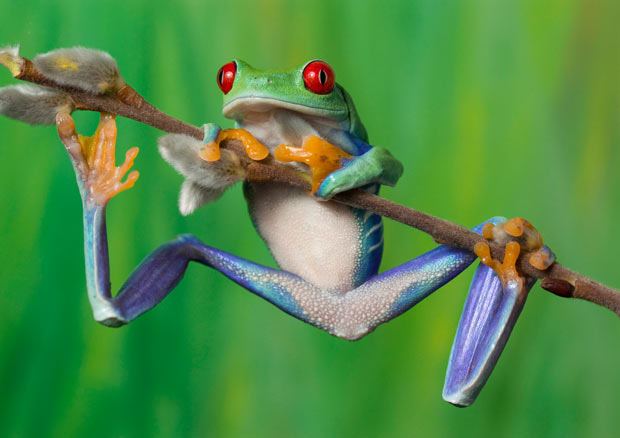 Russian biologists have studied the Noggin4 protein, which plays a crucial role in the formation of Xenopus toad heads (Xenopus laevis). The results of the research, published in Scientific Reports, expand understanding of the triggering preprocess for embryogenesis, and may possibly be instrumental in the discovery of new ways of using this protein for the regulation of biological processes involving stem cell manipulation.

Noggin is a family of secreted (extracted from cells) proteins. The ‘Classic’ Noggin (or Noggin1) is a suppressant, inhibiting BMP signaling proteins, which organize the construction of tissues in the body. In the past, biologists from the Shemyakin-Ovchinnikov Institute of Bioorganic Chemistry of the Russian Academy of Sciences (IBCh RAS) had previously demonstrated that Noggin binds to proteins of other signaling cascades. In the new study, they found that the most important representative of the family, Noggin4, which is responsible for the formation of the embryo’s head, is able to bind only to the Wnt-cascade proteins that control embryogenesis, cell differentiation and the development of malignant tumors.

“In the course of the study, we discovered that the Noggin4 signaling protein is not like its relatives,” says Fedor Eroshkin, Ph.D. “Unlike Noggin1 and Noggin2, it is not able to bind to proteins that organize the construction of tissues in the body, but instead binds only to those proteins that are responsible for the development of the embryo. Noggin4 therefore plays a key role in the formation of the head, and in particular, in the formation of the forebrain during embryogenesis.”

To arrive at these conclusions, the researchers conducted a mathematical simulation of protein, and showed that Noggin4 is capable of influencing the Wnt gradient and, consequently, the regulation of its embryonic processes as well. The biologists then tested this hypothesis experimentally on live frog embryos. They artificially suppressed Noggin4 expression, which caused a change in the Wnt gradient, and resulted in substantial defects of the heads.

“For Wnt-signal suppressers, we first found a partner which really diffuses much faster than other protein sensors (morphogens), by which cells communicate, ‘feel’ their spatial position within the embryo and instruct each other for further differentiation,” explains Eroshkin.

The whole point is that Noggin4 differs from most “signalizers” because of the very absence of a heparin-binding part, through which they bind to the extracellular matrix – the basic connective tissue. Because of this, their distribution in embryonic tissue is slowed down. It was found that Noggin4 does not have such a part, but instead, is diffused (distributed) two orders of magnitude faster than Noggin1 and Noggin2. This allows the protein to be distributed in the embryo at a relatively larger distance from the place of its formation and secretion.

Based on the obtained data on Noggin4 diffusion, and by considering its binding with Wnt8, the authors proposed a mathematical model for the regulation of Wnt activity embryonically.

Noggin4 can affect the Wnt gradient, and consequently, the embryonic processes that it regulates. The results of the research may help to make use of this protein for the targeted regulation of Wnt-dependent biological processes, such as in the differentiation of stem cells.