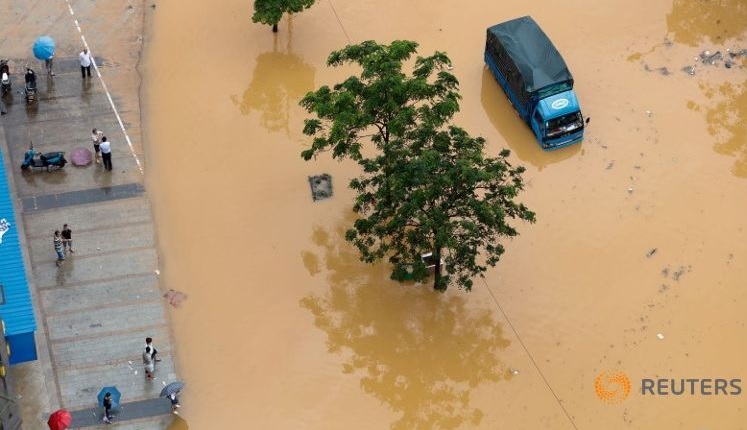 Severe floods in southern China have killed at least 22 people and left 20 missing since Saturday (June 18) , the government said, with the rains expected to continue for the next three days.

Rescuers grab a rope to prevent a raft carrying residents from being flushed away as residents are evacuated from a flooded area in Jiujiang, Jiangxi Province, China, June 19, 2016

About 200,000 people from eight southern provinces and regions, including Hubei, Sichuan, Guizhou, Jiangxi, Yunnan, Zhejiang and Anhui, had been forced to evacuate, the Ministry of Civil Affairs said on its website.

Storms had pushed water levels in rivers to dangerous levels, leading to crop damage and the collapse of 10,500 houses, the official Xinhua news agency reported. Estimated economic losses were 7.34 billion yuan (US$1.1 billion), it said.

China has frequently been devastated by natural disasters, particularly by floods and earthquakes. Flooding, an annual problem, has been exacerbated by urban sprawl and poor drainage infrastructure in many cities.

Chinese officials had warned of the potential for record floods this year due to a strong El Nino weather pattern, which warms sea-surface temperatures in the Pacific and has been linked to serious crop damage, forest fires and flash flood and drought around the world.